Woman, identified as Kiran Bala, was driving her car at around 8 am when two men on bike opened fire with a fusillade of bullets on her car. 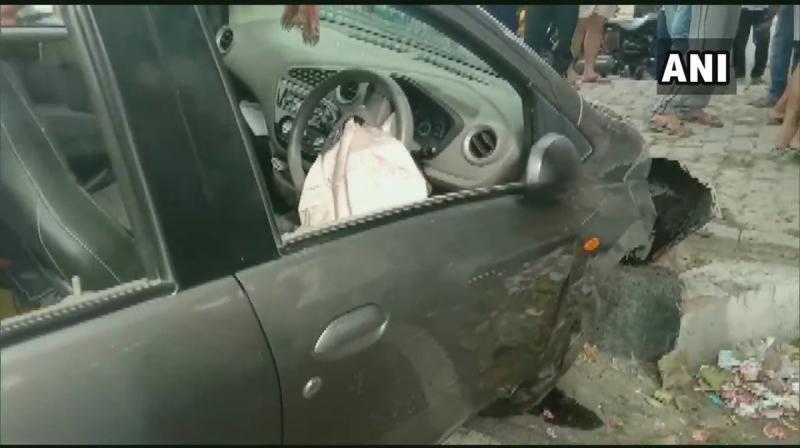 One of the bullets struck her in the neck and she lost consciousness after which her car hit the footpath. She was rushed to the Venkateshwara hospital. (Photo: ANI)

New Delhi: A 30-year-old woman was shot at by two men on bike near a hotel in the national capital on Thursday.

According to police, the incident took place at around 8 am at a roundabout near Radisson Blu hotel. The woman, identified as Kiran Bala was driving her car when two-bike borne men, who were chasing her vehicle, opened fire at her.

Kiren was alone in the car when the incident took place. She sustained a bullet injury in her neck and was rushed to a nearby hospital, a senior police officer said.

Delhi: Police present at the spot where a woman was shot at by unidentified assailants near Dwarka Sector 12, today; woman admitted to a local hospital pic.twitter.com/8eZ4klCBD9

One of the bullets struck her in the neck and she lost consciousness after which her car hit the footpath. She was rushed to the Venkateshwara hospital.

Police have ruled out robbery as her valuables were found intact.

Preliminary investigation revealed that the woman was involved in a family dispute, news agency PTI reported, quoting a police officer.

Police are scanning the footage of CCTV cameras installed in the area.

A few suspects have been detained in connection with the incident, the police said.