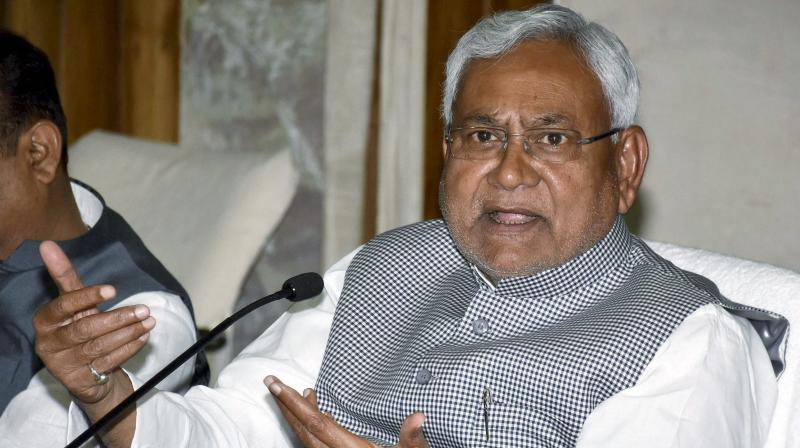 While Mr Kumar addressed a rally in Badarpur for his JD(U) candidate on Sunday, Mr Adityanath is one of the probable star campaigners for the BJP in the upcoming civic polls. The JD(U) is contesting 113 purvanchal-centric seats in the municipal polls.

The BJP is trying to get the new UP chief minister to join one of the party’s roadshows, a BJP leader said. With the entry of two chief ministers in poll campaign, the Poorv-anchali voters could drift away from the AAP. According to an estimate, there are around 40 lakh Poorvanchali voters in the national capital.

Bihar chief minister during his rally in South Delhi on Sunday said the migrants from Bihar are not “emigrants, but Delhi residents”. He said his government’s image owes a great deal to the Bihari migrants in Delhi, which is an upwardly mobile class. Mr Kumar blamed the ruling BJP for the city’s civic mess.

The UP CM, who shot to fame in Poorvanchal politics, is already part of poll jingles of BJP candidates. After the BJP’s landslide victory in UP, Mr Aditya-nath has emerged as a top star campaigner choice for the local party leadership.

Delhi BJP president Manoj Tiwari, himself a Poorvanchali, has been trying to get him to campaign for the party, a BJP insider said. While the AAP has fielded 36 Poorvanchali candidates, the BJP too has also given tickets to 30 such candidates.

The three BJP-ruled civic bodies — North Delhi, South Delhi and East Delhi Municipal Corporation (NDMC, SDMC and EDMC) — are going to polls on April 23. Even though the BJP has ruled the municipal bodies for 10 consecutive years, the civic elections are being seen as a referendum for the AAP government’s two-year governance in Delhi. The Arvind Kejriwal-led party seeks to redeem itself after its debacle in the recent Assembly elections in Punjab and Goa.