The victim, identified as Ram Singh, was on the rickshaw along with three of his colleagues when they met with the accident. 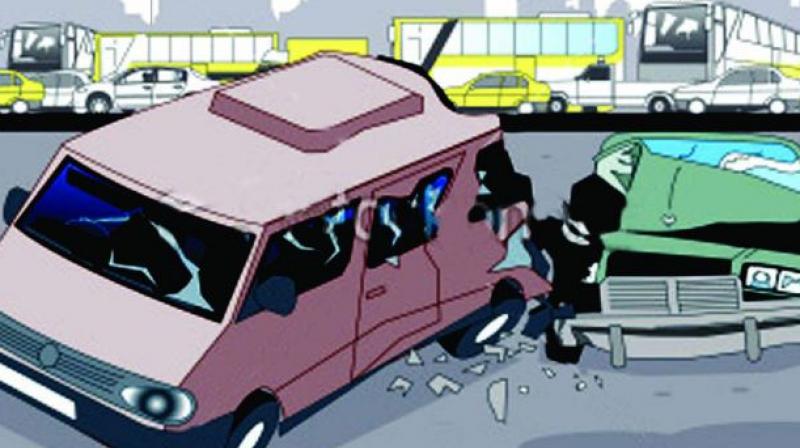 Police is following the most possible route that could have been taken by the car driver after the hit-and-run. (Representational image)

New Delhi: A 23-year-old man died and four others were injured as a speeding luxury car rammed into a rickshaw near Tagore Garden Metro station on the intervening night of Sunday and Monday. It is the latest in a series of hit-and-run accidents in the national capital.

The driver of the luxury car (either Skoda or Audi), who is yet to be identified, fled from the spot after the accident at around 1.30 am on Monday.

The victim, identified as Ram Singh, was on the rickshaw along with three of his colleagues when they met with the accident. They all work at a food joint in the area and were on their way back home in Subhash Nagar when the speeding car rammed their rickshaw.

According to an eyewitness, it was a head-on collision. The rickshaw was coming from the wrong direction when the speeding car hit it. The rickshaw was flung in the air and dragged for a few metres by the car that was going at a speed of over 100 kmph. The driver didn’t even slow down. A passing vehicle made a PCR call.

“A PCR team rushed the injured to Kukreja Hospital where Ram Singh was declared brought dead while Rahul Singh, Dilip, and Anand Prasad are undergoing treatment. The identity of the rickshaw puller is yet to be ascertained as he is unfit to record a statement,” said Vijay Kumar, DCP (West).

Police is following the most possible route that could have been taken by the car driver after the hit-and-run. They are trying to locate if any CCTV camera installed on the route has captured the car’s movement.

“An FIR under IPC Section 304 A (death due to negligence) and 279 (rash driving) has been registered,” added Mr Kumar.