Law does not permit any sealing in city, says Maken

Mr Maken was the Union minister of state for urban development in the Manmohan Singh government during 2006-2007. 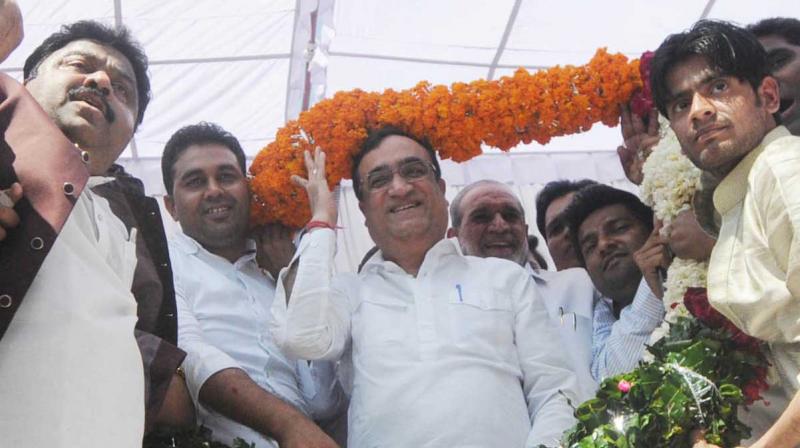 New Delhi: No sealing can be carried out in Delhi as per existing law, Delhi Congress president Ajay Maken said on Saturday, while citing amendments in the Master Plan, and expres-sed concern that the Centre and the Delhi government were not properly handling the issue.

The Congress leader has written to chief minister Arvind Kejriwal and Union Urban Affairs minister Hardeep Singh Puri, offering to share with them what he feels could be a solution to stop the ongoing sealing drive.

Mr Maken, in his letters, said, “ Being a former Union urban development minister, I can say with confidence that to save Delhi from the sealing drive, many amendments had been made in the Master Plan 2021 and according to the amended Master Plan and the National Capital Territ-ory of Delhi Laws (Special Provisions) Second Act, 2011, no sealing can be carried out in Delhi.”

Mr Maken was the Union minister of state for urban development in the Manmohan Singh government during 2006-2007.

He said it was indeed very sad that both the Centre and the Delhi government were not properly handling the issue.

Mr Maken said the situation has worsened and if the sealing issue was not tackled sensibly in the coming days, the condition in Delhi was bound to get dangerous.

“Not only traders and shopkeepers, but poor people, who work in these establishments, have also been affected by the sealing drive,” he said.

Under the drive, hundreds of commercial establishments have been sealed so far for alleged non-payment of conversion charges and violation of Delhi Master Plan.