The sealing drive was undertaken by the municipal corporations on the directions of a Supreme Court-appointed committee in December last year. 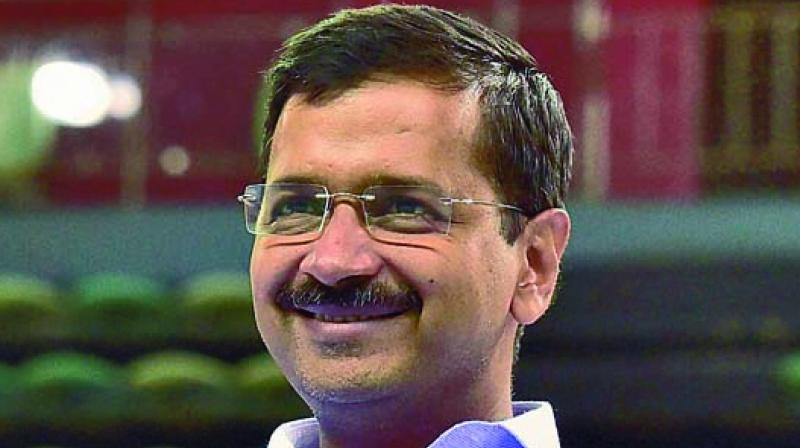 New Delhi: A day after he threatened to go on a hungerstrike if the issue of the ongoing sealing drive was not resolved, Delhi chief minister Arvind Kejriwal wrote to Prime Minister Narendra Modi and Congress president Rahul Gandhi, seeking time to meet them for resolving the issue of sealing of shops in the national capital.

In his letter to the Prime Minister, he stressed on bringing a Bill in Parli-ament to remove anomalies in the law which are the reasons behind sealing of commercial establishments, and warned that unemployment caused by the drive could impact law and order situation in the city.

“The reason behind sealing is the anomaly in the law. It is the responsibility of the Central government to remove these anomalies,” the chief minister said. Mr Kejriwal had on Friday threatened that he would go on a hungerstrike if the sealing drive is not stopped by March 31.

Traders earn their livelihood honestly and pay tax. But, they are suffering due to sealing. There is only one solution now.

A Bill has to be brought in Parliament to remove anomalies in the law and save traders from unemployment, he said.

In his letter to Mr Modi, the chief minister said, “The traders are on the verge of starvation and each shop is means of livelihood for many people. If all of them are rendered unemployed (due to sealing) then it may impact law and order situation.”

Seeking an appointment with the prime minister, Mr Kejriwal demanded that a Bill should be brought in Parliament immediately to stop the sealing drive.

In his letter to Rahul Gandhi, the chief minister sought an appointment with him and said sealing of commercial establishments is driving lakhs of people unemployed.

“A solution to this problem should be found by rising above politics. This issue needs to be strongly raised in Parliament and pressure should be exerted on the Centre to bring a Bill over it,” Mr Kejriwal wrote to the Congress president.

The sealing drive was undertaken by the municipal corporations on the directions of a Supreme Court-appointed committee in December last year.

Under the drive, hundreds of commercial establishments have been sealed so far.