The CP redevelopment plan was kicked off as a pilot project with the facade restoration of C Block. 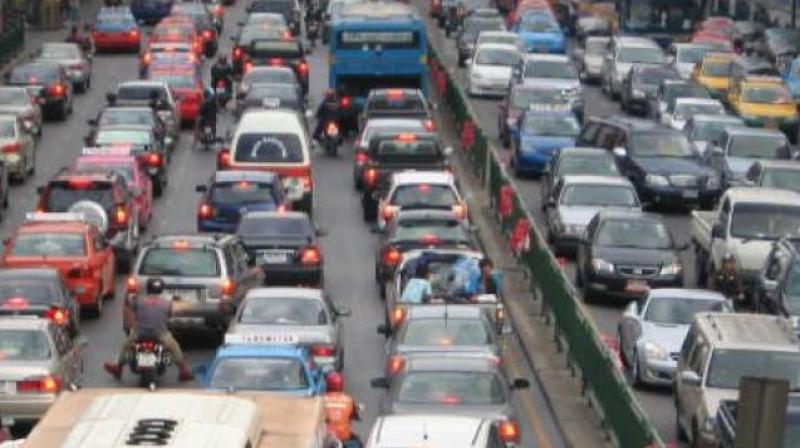 Facilities like subways, escalators, underground parking space and improvement of landscaping and lighting intended to ease both traffic and pedestrian movement was not completed. (Representational image)

New Delhi: The explosive CAG report highlights failure of the mega project to revamp Rajiv Chowk. The auditor generals’ report said that the scope of the project was drastically reduced from Rs 615.20 crore to Rs 477.02 crore.

In its preamble on the project, the report explained how the increase in footfall and the ageing process has resulted in deterioration of the overall condition o the heritage complex and the original façade of the area.

The CP redevelopment plan was kicked off as a pilot project with the facade restoration of C Block. It was scheduled for completion ahead of the Commonwealth Games in October 2010.

The makeover of the running heritage has been long overdue and now, with a few recent incidents highlighting the structural ageing of the arena, makes the issue more urgent. The central Delhi hub gets around 5,00,000 visitors daily. The report further explains the major flaw in the upkeep of the buildings.

“Restoration of the façade was completed only in the outer and inner circles while the study to ascertain the structural stability of the buildings was not carried out. Facilities like subways, escalators, underground parking space and improvement of landscaping and lighting intended to ease both traffic and pedestrian movement was not completed.”

While the report talks of under utilisation of funds, it has also given details of projects and expenses which have been “rendered unfruitful.”

“The expenditure amounting to Rs 14.67 crore on utility corridors and surface development and water supply was rendered unfruitful.” The report also gave out discrepancies in expenses incurred.

“The turnkey consultants, Engineers India Ltd, did not submit the financial implications of change in technology adopted for construction of service tunnel to NDMC for review and decision despite increase in cost from the original Rs 71.21crore to Rs 192.95 crore.

The mushrooming of the restaurants in the area has brought to light that sprouting could lead to untoward incidents. As reported earlier by this newspaper, the restaurants have themselves been running for structure safety certificates. The individual owners have been asked to get experts for their respective properties and conduct regular repairs themselves.

The crux of the report states the primary objective of the project has not been achieved.