No unregistered rickshaws in Chandni Chowk after March 31

Chandni Chowk market in the Walled City is still waiting for a revamp. 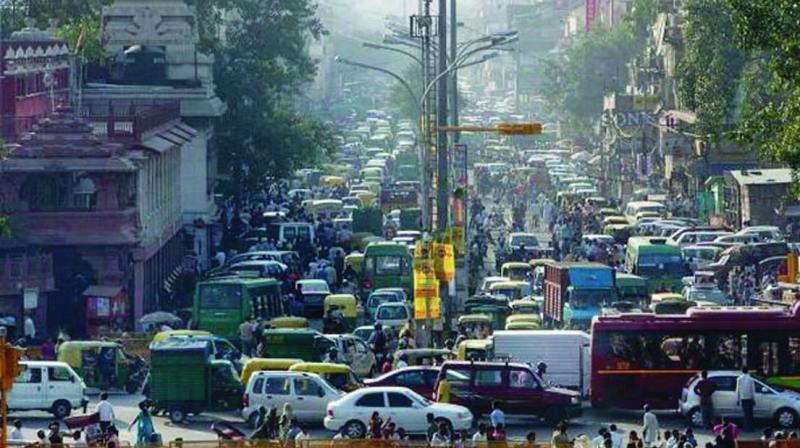 The mega plan to decongest and beautify Chandni Chowk area was initiated in 2003-2004.

New Delhi: In order to decongest the area, the Delhi high court has ordered all cycle-rickshaw get registration numbers, without which they will not be able to run it on the streets of Chandni Chowk from April 1.

This order has come up in the wake of the Chandni Chowk beautification case. Chandni Chowk is one of the oldest and also the busiest markets of Delhi and it has been waiting for a long time for a revamp. The market needs to be made into a vehicle-free and pedestrian friendly zone.

The redevelopment plan of Chandni Chowk involves a vehicle-free zone and a multi-level parking at Gandhi Maidan.

In November 2016, the North Delhi Municipal Corporation (NDMC) was suggested by the Delhi high court to grant registration numbers in the form of digitised bar codes to rickshaws plying in Chandni Chowk, so that they can be easily scanned by the police in order to find if anyone is violating rules. The bench, comprising of Justices B.D. Ahmed and Jayant Nath, suggested the registration of rickshaws after an NGO alleged that civic authorities were harassing and discouraging rickshaw-pullers from getting their registration done. The NGO represented the rickshaws-owners and pullers.

The court was hearing PILs filed by NGO Manushi Sangathan and others in 2007 on the issue of redevelopment of the Walled City and creation of lanes for non-motorised vehicles.

During the previous hearing, the NGO alleged that an “extortion racket” was being run in the area by corporation officials and sought spot registration, instead of asking rickshaw owners or pullers to go to the office of the civic body.

Earlier, the Delhi high court had expressed concern over the dealy and asked the ministry of home affairs (MHA) to file an affidavit, explaining why two police officials — who had been appointed as nodal officers by the court — were transferred without prior permission from them.