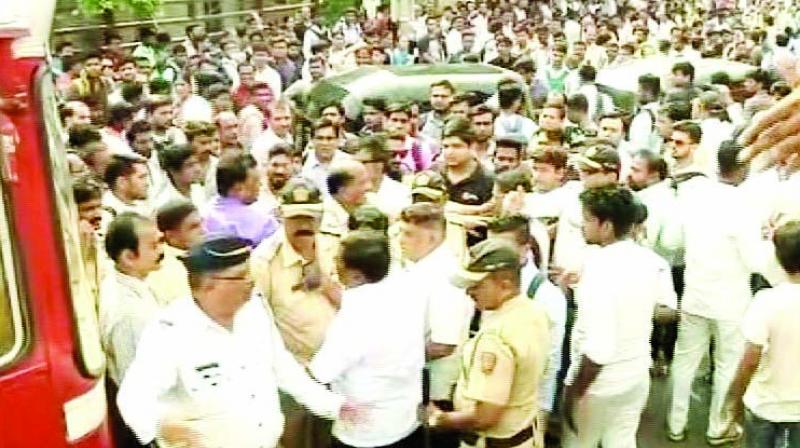 To counter such situations, 100 traffic police personnel were trained under behavioural and soft skills training by India Tourism Development Corporation (ITDC), a PSU under the aegis of the ministry of tourism.

New Delhi: Taking smart policing one step further and simultaneously dealing with the cranky citizens of the national capital, the Delhi traffic police up-skilled their personnel in behavioural and soft skills techniques.

To counter such situations, 100 traffic police personnel were trained under behavioural and soft skills training by India Tourism Development Corporation (ITDC), a PSU under the aegis of the ministry of tourism.

DCP (traffic outer) Rakesh Paweriya said, “It becomes very hectic for the traffic officials as they come to their duty at 7.30 am in the morning and wind up at 10.00 pm, giving more than 12 hours of shift. Further, dealing with the public on Delhi roads is not an easy task as they sometimes become argumentative.”

“So the stress was how to do policing while keeping the calm and deal with argumentative public. Subsequently, we felt that our officers should be trained to use the right words and approach the public in a calm and composed way. For that they were trained in soft skills, hygiene, and stress management. Some of the officers applied it on the road. They tried to keep their calm and not lose temper while the public was losing theirs. This is an ongoing process,” he added. The DCP further said that they were doing their bit but Delhiites should also respect the officers because despite harsh conditions and situations they are on duty only for the safety of the citizens. The training programe focused on several topics including grooming and verbal and nonverbal communication.

As traffic police personnel directly deal with the public, their way of approaching the latter was the main agenda of the programme.