The fort was built by Ghiyas-ud-din Tughlaq, the founder of Tughlaq dynasty, in 1321 AD. 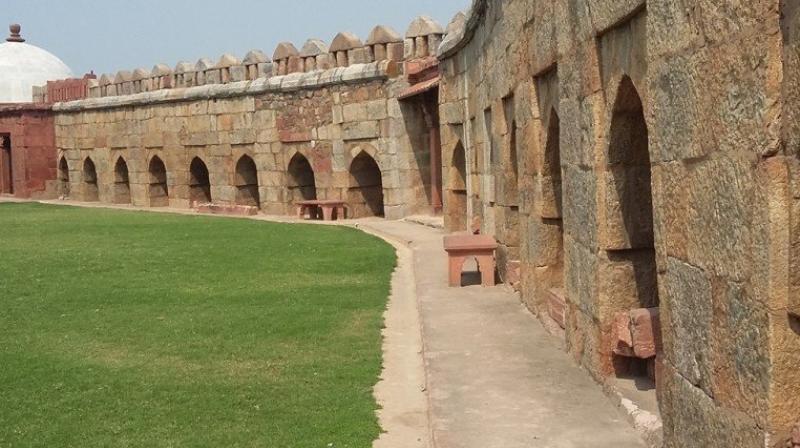 New Delhi: The Delhi High Court on Wednesday told the Archeological Survey of India (ASI) that if there is any unauthorised construction within the protected area of the historic Tughlaqabad Fort, it shall inform the police for immediate action.

The direction by a bench of Justices Badar Durrez Ahmed and Ashutosh Kumar came on a PIL to protect, maintain and preserve the historic fort, an issue which the Supreme Court has directed the Delhi High Court to monitor.

The fort was built by Ghiyas-ud-din Tughlaq, the founder of Tughlaq dynasty, in 1321 AD.

The high court told the ASI that it has to inform the police station concerned and the sub divisional magistrate of Kalkaji if there was any unauthorised construction inside the fort and asked the authority to file a status report on action taken by it before the next date of hearing on January 25.

The revenue officials were asked to visit the Planning Department of the Delhi Development Authority (DDA) to get aerial survey maps of the fort for the year 1993 in order to carry out an initial demarcation to ascertain the extent of encroachment, if any, into the protected area of the fort.

The bench asked the revenue department to file a report before the next date.

The court in October 2016 had directed the revenue authorities to verify the extent of the demarcation of the 1993 habitation in the 'lal dora', extended lal dora areas and the present day habitation after superimposition of the present position on the aerial survey map of 1993.

The apex court in February 2016 had declared the entire area of Tughlaqabad Fort as protected and had directed ASI not to allow any land grabbing/encroachment there.