Necessary arrangements were made to ensure the safety and security of religious places. 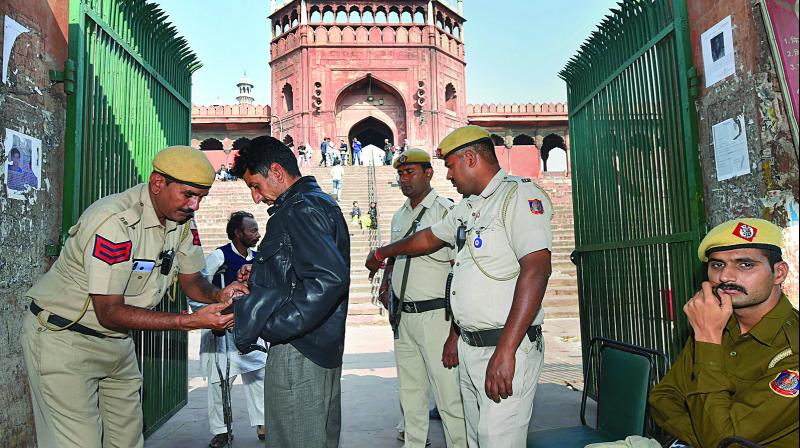 New Delhi: In a bid to avoid any untoward incident and mischief mongering in the national capital following the Supreme Court verdict on the Ram Janmabhoomi-Babri Masjid case, the Delhi police kept a strict vigil with the help of drones and CCTVs and also carried out a flag march in sensitive areas to maintain law, order, peace, and harmony.

Throughout the day, police commissioner Amulya Patnaik, along with other senior cops, kept in touch with his force and he also personally examined the arrangements. As a precautionary measure, Section 144 of the CrPC was also imposed in Delhi and prohibitory orders have been issued to maintain public order. It is also been reported that the police department has cancelled the leave of its personnel.  Necessary arrangements were made to ensure the safety and security of religious places.

Drone surveillance, meeting with community representatives, and area patrolling were conducted in several parts of the city including areas of Northeast, Central, East, and Southeast Delhi.

Senior police officials were in constant touch with representatives of ‘Aman committees,’ which comprises of respectable people from different communities. The police, along with the members of Aman committee, carried out foot patrolling to sensitise the people about peace and harmony.

Security of all the five apex court judges was also beefed up. Even the Jama Masjid area and other sensitive parts were turned into a fortress to prevent any untoward incident. The 26 CAPF companies were also put on standby to bolster strength.

The government has asked all the private TV channels, DTH operators, and cable operators not to telecast debates or visuals that might incite any divisive or anti national feelings and it also should not hurt anyone’s religious sentiments. There should not be anything amounting to contempt of court.

Activities on social media platforms will be under observation and the Delhi police advised that such platforms should be used with discretion and users should restrain from spreading any disharmony, hatred, or enmity.

The security arrangements will continue for the next couple of days, particularly on Eid-e-Milad-un-Nabi on Sunday.