Umera, daughter of a businessman was alone at home with her mother when the robbers armed with pistol barged into  the house. 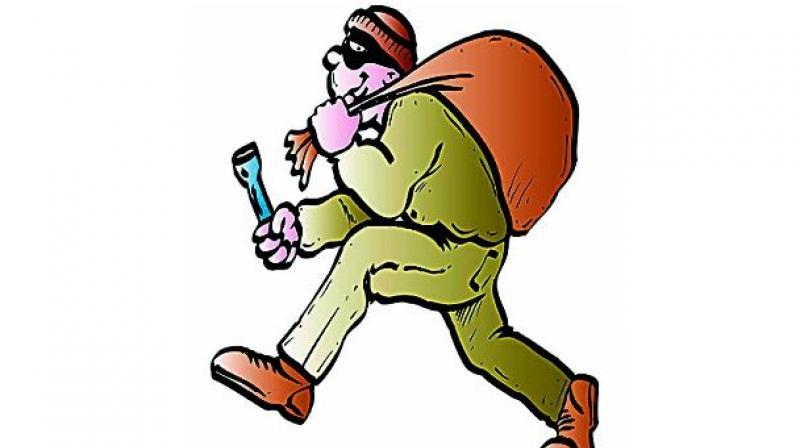 Police said that fearing of getting caught, the two robbers began to escape.

New Delhi: A brave girl showing exemplary courage fought off armed robbers in Delhi’s Sadar Bazaar area on Wednesday after they barged inside her house and pointed a gun at her mother.

Umera, daughter of a businessman was alone at home with her mother when the robbers armed with pistol barged into  the house.

Umera and her mother, Mohammed Shahjabeen, were at home at Idgaah Road at around 8.30am  when two masked men armed with pistols barged inside their house on Wednesday morning.

According to Ms Umera, they first threatened the mother-daughter-duo to keep silent and later one of the assailant’s attacked Mohammed Shahjabeen and began assaulting her.

When Ms Umera tried to save her mother, they allegedly pushed her away and reprimanded them to stay quiet and handover all the valuables to them.

Seeing her mother’s life at risk as one of the assailants allegedly pointed a gun at her mother, exhibiting presence of mind, Ms Umera latched on to the assailant’s hand, opened the window of her house, shouted for help.

Police said that fearing of getting caught, the two robbers began to escape. Though the neighbours who were timely alerted followed them, the rob ers managed to flee from the spot. In the melee, the scared robbers had left behind a bag at the spot while escaping.

Police was informed who rushed to the spot and seized the bag.

“The bag contained sharp objects, rope, a few cloth pieces. It looked like the robbers had made all preparations to rob the house. However, their bid was foiled by Ms Umera.

The police registered a case under Arms Act and attempt to rob and has launched a manhunt to nab them,” said a police official.

The police said at the time of the incident, the domestic help of the house had gone outside to purchase medicines from a nearby store when the armed robbers struck.

Ms Umera, daughter of Mohammed Tehseen, a businessman. She lives at Eidgaah Road in Motiya Khan area of Sadar Bazar. The Sadar Bazar police are investigating  the case.