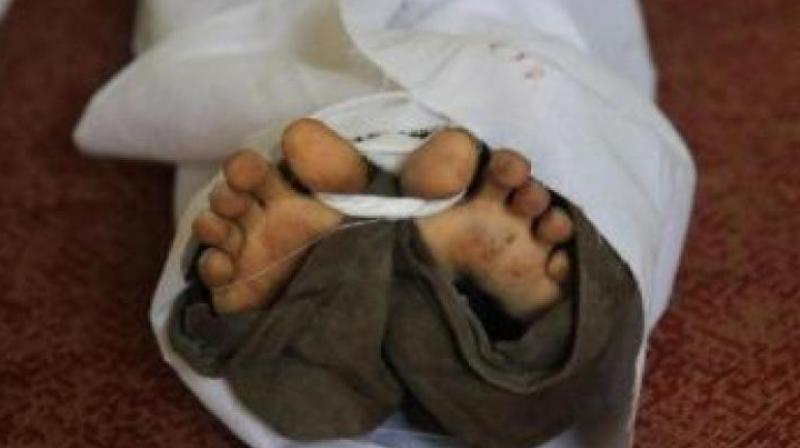 New Delhi: A 23-year-old man, under the influence of alcohol, drove his sedan on a footpath in West Delhi’s Rajouri Garden, crushing two men to death and injuring two others in the early hours of Sunday.

The deceased were identified as Noora (50), and another Krishan Kumar Dubey. Ram Singh (55) and Manoj (35) were grievously injured in the accident, said the police.

The driver, Devesh, who is a resident of Paschim Vihar, works in a software firm. He was arrested from the spot, said the police.

He was medically examined and it was found that he had consumed alcohol and did not have a driving license at the time of the incident.

Devesh told the police that he was driving from Paschim Vihar towards the airport, where he was supposed to meet a friend.

The DCP (West) Monika Bharadwaj said on Sund-ay, that around 4.30 am, information was receiv-ed about the accident at Ring Road in front of the ESI Hospital. The staff immediately rushed to the spot and found a white Honda Civic in accidental condition.

The injured were rush-ed to ESI Hospital. Noora and Krishan Kumar were declared brought dead by the hospital while Manoj was declared unfit for police statement. Ram Singh, who was found fit to record the statement, stated that he was sleeping on the footpath with others in front of ESI Hospital. When he got up to smoke at around 4.30 am, a white sedan, which was being driven by Dev-esh, ran over them. Follo-wing this, two of his colleagues were killed and the rest were injured.

Devesh was found inebriated and was driving at a high speed. As he lost control, his car ended up over the footpath near Rajouri Garden flyover, where four men were sle-eping. The police said that the accused has been booked under IPC Sect-ion 304 (culpable homicide not amounting to murder), which attracts a maximum jail term of 10 years.