Murder in school: Gurgaon Police to conclude probe in 7 days

City police chief: Conductor has confessed to his role in gruesome murder of minor at Ryan International School. 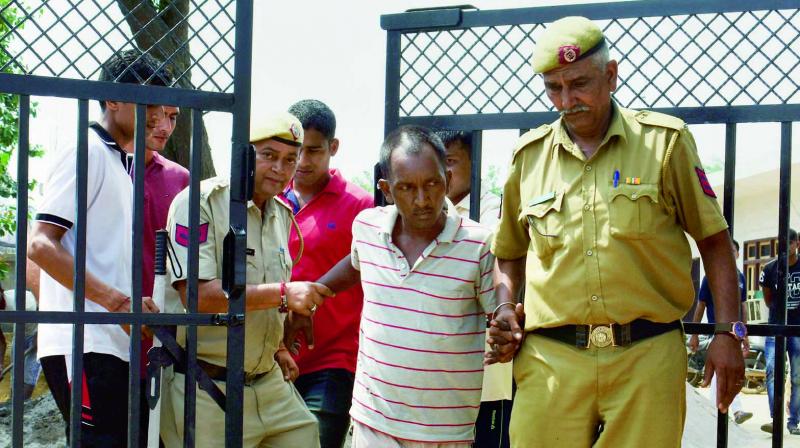 Gurgaon: Investigations into the gruesome murder of a seven-year-old boy at the Ryan International School will be concluded in seven days, the Gurgaon police said on Saturday. At a press conference, Gurgaon police commissioner Sandeep Khirwar also said that a three member committee, which is also probing whether the school followed the safety and security norms, would submit a report on Monday.

The police has already arrested school bus conductor Ashok Kumar in connection with crime, that triggered widespread furore. Mr Khirwar said that Kumar had already confessed to his role in the crime and added that it would be examined if there were others involved. “We will conclude the investigation into the case in seven days,” he said.

Efforts would be made that a fast track court conducts the trial and added that the intent would be to secure maximum possible punishment, he said. Police officials said that a committee comprising the district education officer, block education officer and an officer of the women and child development department would submit a report on whether the school followed security norms.

That report is expected on Monday and assured that action will be taken on its findings, Mr Khirwar said. Officials said that it will also be examined whether other schools in the district were following the security norms. Angry locals gathered outside the school premises this morning and protested for over two hours demanding a CBI probe into the murder while demanding that a CBI probe be ordered into the matter. They also demanded that the school management be booked for the murder of boy.

“The Ryan International School management has suspended acting principal Neerja Batra and removed all the security staff,” District Public Relation Officer R.S. Sangwan said. The boy, a Class II student, was allegedly killed by bus conductor Kumar who also allegedly tried to sexually abuse the minor, officials said. The accused was arrested hours after the gruesome murder. The post-mortem was carried out and the boy’s body was handed over to his father, they said.

The boy’s father, Varun Thakur, who works as a quality manager with a private firm in Gurgaon, had accused the school administration of negligence. After the post-mortem, the boy’s body was handed over to his family and his last rites was performed at the cremation ground in Bhondsi where hundreds had gathered. They raised slogans against Gurgaon MLA, Umesh Aggarwal, Sohna MLA, Tejpal, and Haryana PWD minister, Rao Narbir Singh, who had come to express condolences.

The boy’s father accused the school administration of negligence. Forensic expert Deepak Mathur, who conducted the post-mortem, said “The deceased had two cuts on his neck. His throat was almost completely slit. Hemorrhage and excessive blood loss caused the death”. Haryana chief minister Manohar Lal Khattar condemned the crime terming the incident as “heinous and unfortunate.” Those guilty will not be spared, he said adding that the concerned authorities were asked to file a challan within seven days. “We will appeal to the court to give harsh punishment to the accused as early as possible,” he said. Appreciating the district administration for “acting swiftly,” he said that the school bus conductor had been arrested soon after the crime.