“These committees are taking over the executive, judicial and investigative functioning of the Delhi government,” he alleged. 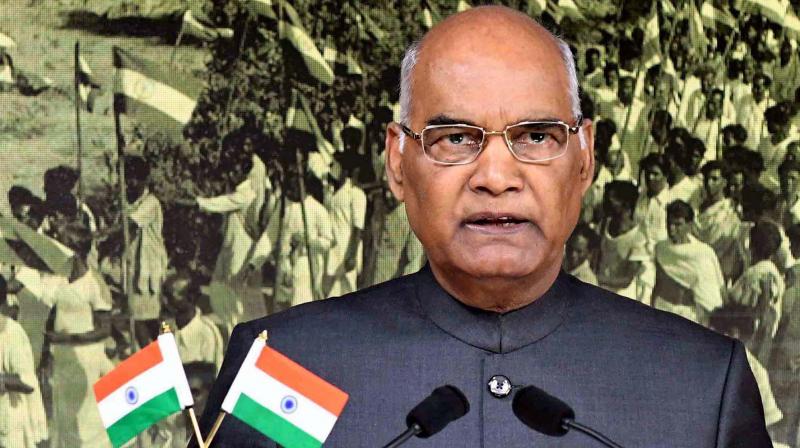 New Delhi: A delegation of BJP legislators on Saturday met President Ram Nath Kovind and sought his intervention into the alleged “unconstitutional and undemocratic functioning” of the Delhi government.

Leader of Opposition Vijender Gupta, who led the delegation, said that in the meeting, they took up the issue of special inquiry committees and standing committees of the Delhi Assembly which were allegedly “taking over executive functions” of the government.

A letter was handed over to the President seeking his intervention in the matter, he said. “We deem it our duty to draw your kind attention to the opinion of the additional solicitor general of India whereby he has commented on illegal house committees of the Delhi Assembly like special inquiry committees and the department related standing committees. He has held them unconstitutional and illegal in nature,” Mr Gupta said quoting the letter.

“These committees are taking over the executive, judicial and investigative functioning of the Delhi government,” he alleged.

He alleged that the Delhi government was functioning in an “undemocratic and unconstitutional” manner.

The delegation, which included O.P. Sharma, Manjinder Singh Sirsa and Jagdish Pradhan, urged the President to intervene in the matter and advise the concerned authorities to settle it as per the constitutional provisions.