The study also said that many schools were not aware that canteens were serving high-calorie drinks and deep fried snacks. 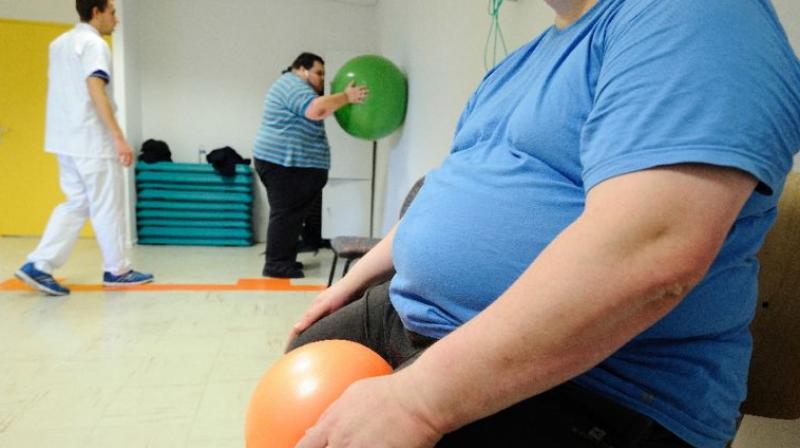 Most of these children were asymptomatic. They were picked up after a screening for obesity or strong family history. (Photo: AFP/Representational Image)

New Delhi: According to a study conducted by Sir Ganga Ram Hospital (SGRH), close to 30 per cent urban children in eight private schools of Central and West Delhi were found to be obese.

The study was conducted in 2016 on around 1,000 children in private schools around the hospital. Most of these children were found to be pre-diabetic, hypertensive, and undergoing sleep and behavioural disorders.

Most of these children were asymptomatic. They were picked up after a screening for obesity or strong family history.

The study also said that many schools were not aware of the unhealthy habits of the children. Neither did they know that school canteens were serving high-calorie drinks and deep fried snacks cooked in unhealthy oils rich in trans fat and which are reheated multiple times.

Moreover, a retrospective analysis of 1,078 patients, who underwent weight loss surgery at the hospital between 2010 and 2018, found that 23 per cent were obese in their childhood or adolescence. They went on to become morbidly obese and required surgery for their medical conditions.

“We found that 23 per cent of the patients were obese in their childhood or adolescence and went on to become morbidly obese. They needed surgery for medical conditions like diabetes, high blood pressure, sleep apnea, infertility, etc.,” said Dr Sudhir Kalhan, the chairman of the Institute of Minimal Access, Metabolic and Bariatric Surgery at SGRH.

Dr Vivek Bindal, the vice-chairman of IMAS, said: “We operated on 123 patients, who were between 15 and 21 years of age, over the past eight years. They lost 81 per cent of their excess body weight at one-year-follow-up. In this analysis, we found that most of these patients were obese due to a sedentary lifestyle and unhealthy food habits. Many of them were siblings and obesity was related to genes.”

Almost 73 per cent of the obese patients had their diabetic condition reversed after undergoing bariatric surgery, he added.