The study was conducted on 225 males aged from 18 to 65 years. All respondents are Type 2 diabetes patients. 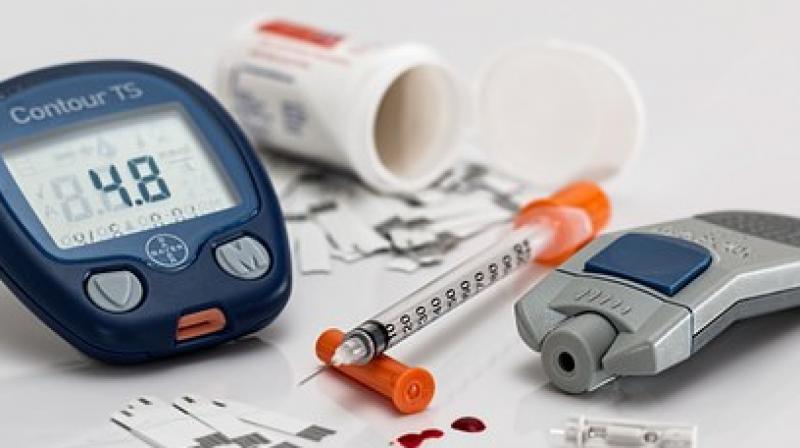 The study was conducted on 225 diabetic males aged between 18 to 65. All of the respondents have Type 2 diabetes and 50 were non-diabetic males. (Photo: Pixabay)

As per the study, the severity of erectile dysfunction increases with the duration of diabetes. This study, which was conducted from April 2015 to June 2017, has been published in recent edition of Current Medicine Research and Practice.

The study was conducted on 225 diabetic males aged between 18 to 65. All of the respondents have Type 2 diabetes and 50 were non-diabetic males.

What was found that 173 diabetic males (78.7 per cent) had some degree of ED where as prevalence of ED in non-diabetic control group of 50 health individuals was was around 46 per cent.

Author and vice-chairperson, department of medicine, Sir Ganga Ram Hospital (SGRH), Dr Atul Kakar said, “ED in men is a commonly seen complication in Type 2 diabetes mellitus. It is a condition due to which there is incompetence to sustain an erection needed to have a satisfactory sexual intercourse.” The ED has high prevalence in diabetics and occurs in early ages of diabetic males as against others,” he added.

Author, senior consultant, department of medicine, SGRH, Dr A. Gogia said, “One of the findings was that longer the duration of diabetes more was the risk of ED. Among patients with diabetes duration less than five years, 43.6 per cent had ED with only 3.6 per cent having severe ED.

Sharing the methodology of the study, co-author and senior consultant, department of Urology, SGRH, Dr Manu Gupta said, “In this study, we assessed the severity of ED among male diabetics, based on Sexual Health Inventory for Men (SHIM) questionnaire. The SHIM questionnaire uses five sexual function components which include erection, orgasm, desire for sex, intercourse satisfaction and overall satisfaction. In our study, we observed that the SHIM questionnaire was simple, user-friendly and easy to administer”.

Talking about impact of study, research author in the Department of Medicine, SGRH, Dr M.Sondhi said, “ED is often distressing and embarrassing condition not just for men who are affected but also for their sexual partners. It has negative impact on psychological well-being and leads to marital disharmony. It has been observed in various studies that healthcare professionals do not take sexual history in diabetic males despite ED being common complication in DM. Patients also feel shy to report ED. Our study shows that SHIM questionnaire can be easily used as a validated index of erectile dysfunction.”