A group of lawyers and a social worker had moved the plea against the book. 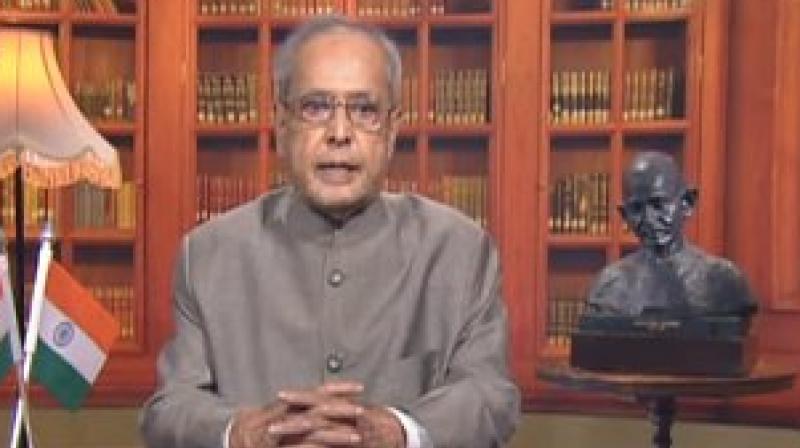 New Delhi: The Delhi high court was on Monday told that a trial court had wrongly dismissed a suit seeking deletion of some references to the 1992 demolition of Babri Masjid in Ayodhya from former President Pranab Mukherjee's 2016 book on the grounds that they had hurt Hindu sentiments.

Justice Najmi Waziri heard the arguments and sought certain clarifications from the plaintiffs' counsel who said he was concerned with Mr Mukherjee as the author of the book and not as the President of the country.

The book “Turbulent Years 1980-1996” was released when Mr Mukherjee was still the President and the suit was also filed before the trial court court during his tenure. The court on Monday listed the matter for further hearing on May 24.

Advocate Vishnu Shankar Jain, appearing for the plaintiffs, said he was only seeking removal of some “objectionable” portions in book on the ground that it hurt the Hindu religious sentiments. He said, being the highest functionary, Mr Mukherjee should not have made that comment in the book as the matter was sub-judice.

The plaintiffs had approached the high court challenging the dismissal of the suit by a trial court.

The counsel argued that the trial court had dismissed the suit without giving an opportunity to Mr Mukherjee to file a written statement even when the advocate appearing for the former President had said that they would like to place their defence on record.

On April 6, Delhi high court judge justice Pratibha M. Singh had recused herself from hearing the suit and in an order said, “Subject to the orders of the acting chief justice, list this matter before another bench.”

A group of lawyers and a social worker had moved the plea against the book.

The court in September last year had called for the trial court records of the suit after the plaintiffs had moved an appeal against a lower court order of November 30, 2016 rejecting their plea to delete certain portions of the book.