On March 28, the session was extended by two days. On Tuesday, it was extended for another two days to April 4 and 5. 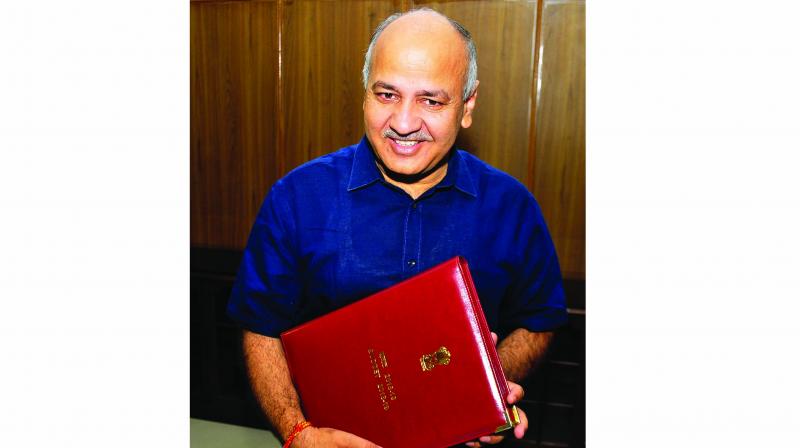 New Delhi: The Budget Session of the Delhi Assembly, which was scheduled to conclude on Monday, was extended by a day, Speaker Ram Niwas Goel said on Monday. This is the fourth time that the Budget Session has been extended.

Earlier on April 5, the ongoing session was extended for two more days and the House convened last Friday and the following Monday. The proposal in this regard was moved by deputy chief minister Manish Sisodia and was passed by voice vote.

On March 28, the session was extended by two days. On Tuesday, it was extended for another two days to April 4 and 5.

This time, the Budget Session began on a stormy note with both the ruling AAP and Opposition BJP cornering each other over several issues such as the ongoing sealing drive and the government-bureaucracy tussle.

Rebel AAP leader Kapil Mishra attacked the ruling party, saying that in the Budget Session, which has been continuing for about a month now, chief minister Arvind Kejriwal has attended the House proceedings just for 3 hours 40 minutes. He also started a poll on the microblogging site whether the CM’s one-month salary should be deducted for his low attendance.

Mr Sisodia, for the first time, came out with the ‘Outcome Budget” on March 20 where he informed the House about the deadline of projects carried out by various departments. In the Budget, described as the “green budget” by the AAP dispensation, the Delhi government introduced a subsidy scheme for those who shift to CNG-based generator sets. Around 20 proposals were mentioned in the deputy chief minister’s budget speech.

The government has already announced several measures in its upcoming ‘budget’, including the promotion of CNG-based generators, third-party audit of polluting industries and their switchover to piped natural gas.