The locals immediately made a call to the PCR which in turn alerted the concerned agencies. 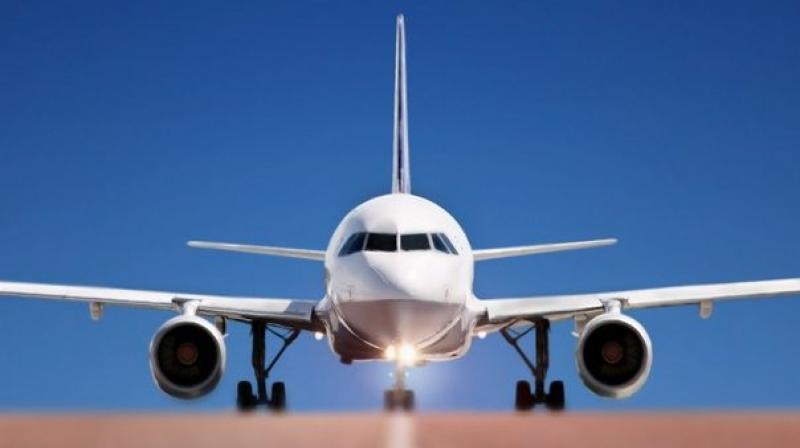 The flight was finally made to land safely at the IGI airport. (Photo: PTI)

New Delhi: An alert group of locals near Delhi airport averted a major tragedy after they spotted smoke billowing out from the tail of a Bengaluru-bound GoAir flight, which was carrying 193 passengers, soon after it took off from the IGI airport on Wednesday night. The locals immediately made a call to the PCR which in turn alerted the concerned agencies. The flight was finally made to land safely at the IGI airport.

On Wednesday, at about 7.40 pm, CISF control room at Terminal 1-D received a call from the Delhi police headquarter that two persons have seen fire billowing from the tail of an airplane flying over Ghoyla Dairy area near Dwarka in Southwest Delhi, and informed the police.

Accordingly, the message was conveyed to Airport Operations and Command Centre (AOCC) and Delhi air traffic control (ATC). After some efforts, the flight was identified as GoAir (G8- 557), which took off at 7.28 pm from IGI airport for Bengaluru. The ATC immediately asked the flight to return to IGI. The flight landed safely at about 7.47 pm.
on runway number 28/10 after ATC announced full emergency protocol. The passengers were accommodated in the subsequent flight,” said sources.

“We were going to have a party on our house roof. Suddenly at 7.30 pm, my son Nitin Kumar (17) and nephew Rohit Kumar (20) shouted and asked all of us to come out of the room as they had seen something unusual with an airborne plane. I went out and saw smoke billowing out from the tail of the plane. Immediately, I made a PCR call and informed the police about it. Later I got a number of calls from the police and other agencies about this incident. After one hour, I received a call from a senior police official who praised us for our alertness and timely information, which helped to avert this tragedy,” said Navneet Kumar (45), a resident of Ghoyla Dairy area.

“I saw the news about the incident on Thursday and I am happy that people are safe and secure. Both Nitin and Rohit had done a good job,” said Mr Kumar.