42 species of waterbirds at Surajpur Wetlands this year

The census recorded that of the 42 species spotted this year, 20 were resident waterbirds and local migratory birds. 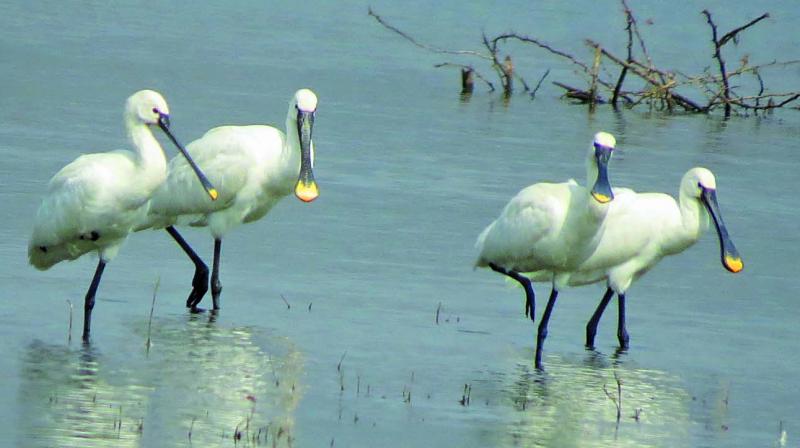 Five IUCN-listed endangered birds were also sighted at the 308-hectare of reserve forest located on the suburbs of the national capital.

New Delhi: Forty-two species of waterbirds were spotted at Surajpur Wetland in Greater Noida, according to the annual Asian Waterbird Census (AWC) released on Monday.

“More species of birds were spotted this year, but the total number of winged visitors at the unique urban wetland have not increased over the years,” TK Roy, ecologist and AWC Delhi state coordinator, said.

The census recorded that of the 42 species spotted this year, 20 were resident waterbirds and local migratory birds, while 22 were winter migratory waterbirds. Thirty-four species of waterbirds were spotted last year.

Five IUCN-listed endangered birds were also sighted at the 308-hectare of reserve forest located on the suburbs of the national capital.

“The wetland also saw a rise in the population of waterbird, which rose from 3,128 last year to 3,136 this year, Mr Roy said. Among the Indian waterbirds, spot-billed Duck, black-winged Stilt and Purple Swamphen were spotted in large numbers.

Winter migratory birds such as winter Black-tailed Godwit (701), Common Teal (910), Northern Shoveler (652), Northern Pintail (272) were sighted. “Most of the winged visitors migrate from North Asia,” Mr Roy said. “The bird population is decreasing due to shrinking wetlands,” he added.