According to a MeT department, the Safdarjung observatory, recorded a temperature of 5.2 degrees. 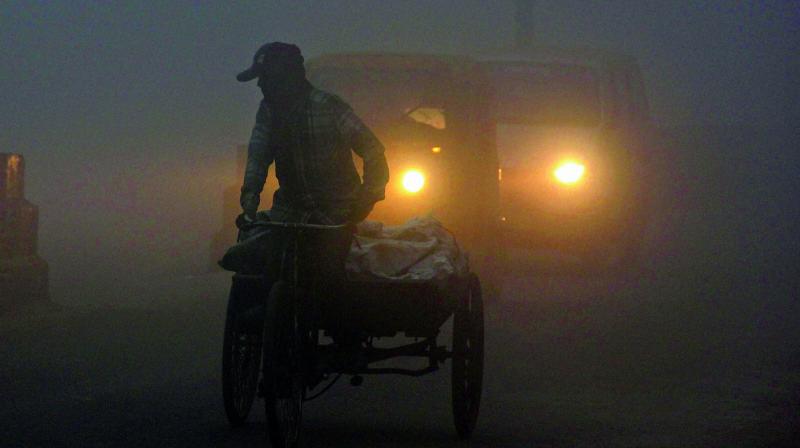 New Delhi: The national capital today witnessed chilly and strong breezy conditions that resulted in the mercury dropping to 5.2 degrees, making it the coldest day of the season so far.

According to a MeT department official, the Safdarjung observatory, considered the official figure for the city, recorded a minimum temperature of 5.2 degrees, two notches below the normal while Lodhi Road recorded a minimum of 3.4 degrees Celsius.

While at Palam the minimum temperature settled at 5.9 degrees and it was 5.8 and 7.0 degrees Celsius at Ayangar and Ridge respectively.

The maximum temperature settled at 17.8 degrees, two notches below the season's average at Safdarjung, the official said.

According to a Northern Railway spokesperson, 21 trains were reported to be running late while 9 were rescheduled and 7 had to be cancelled.

However, flight operations at Indira Gandhi International Airport were reported to be normal.

The humidity oscillated between 100 and 52 per cent.

The weatherman has forecast a mainly clear skies for Wednesday with mist and shallow fog in the morning.

"The maximum and minimum temperatures tomorrow are likely to hover around 16 and 4 degrees Celsius, respectively," the weatherman said.