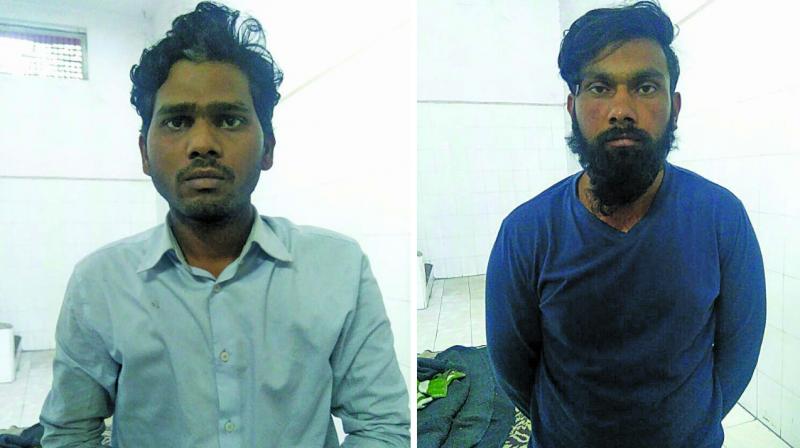 New Delhi: It could have been a perfect copy of a Sherlock Holmes case, in which the killer uses a poisoned needle to murder his victims, except it lacked the finesse. This was a crime of passion in which the accused used a syringe to inject lethal combination of drugs to kill his victim, identified as Ravi Kumar. The accused, Prem Singh, a physiotherapist was allegedly hired to kill Kumar by a man named Anish Yadav, who was “in love with” the victim’s wife.

On January 7, at around 7 pm when Kumar reached opposite the Westend cinema near Bara Tooti Chowk, Singh approached him from the back and administered an injection on his neck forcibly. A colleague, who was with Kumar during the incident, chased and overpowered the man with the help of people around and handed Singh over to the police. Kumar, a 28-year-old cashier with Kotak Mahindra Bank at Sadar Bazar, succumbed at St. Stephen’s Hospital at 5 pm on Sunday. The injection had a lethal combination of drugs leading to his death. Kumar was a native of Mainpuri district in UP and had been staying in Delhi since 2009. He got married July 2016.

During integration, Singh confessed that he administered the injection — a combination of Midazolam and Fortwin Phenergan — at the instance of Yadav (30), who lived in Palam Colony in Dwarka. A police team raided Yadav’s house and detained him. He owns a gym in the Palam area.

“Yadav was a neighbour of Kumar’s wife before they got married and they had studied together upto graduation. Yadav wanted to marry her but she got married to Ravi and he also got married to someone else in 2016,” said a police official. However, since he was still in love with Yadav’s wife, he deserted his own wife in a few months. He then he hatched a plan to kill Kumar so that he could woo his former love interest again. To execute his plan, he contacted Singh, who agreed to kill Ravi with the injection after he paid him Rs 1,5 lakh. The cash has already been paid to Singh. “Both the accused have been arrested on charges of murder. We are waiting for the post-mortem report to identify the nature of substance that was injected to the victim. The case is under investigation,” said a senior police official.