When some residents tried to intervene, he opened the knob of a gas cylinder and lit a matchstick, leading to an explosion. 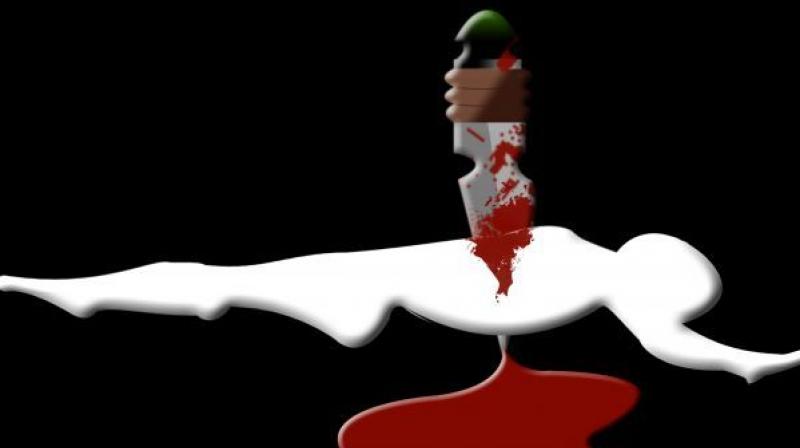 Rahul had been disowned by his parents two months ago. (Representational image)

New Delhi: A day after a 38-year-old man went on a stabbing spree, killing his 64-year-old father, inflicting burn and other injuries on a dozen people, including himself and 11 policemen, the Ajanta Apartments in IP Extension where the brutal crime scene was turned into a fortress on Monday as security guards did not allow any outsider to enter the premises. Even news-hungry reporters were denied entry into the Apartments where Rahul Matta, who had been expelled from the merchant navy over misconduct, created mayhem by attacking his father and others first with meat cleavers. Not only this. When some residents tried to intervene, he opened the knob of a gas cylinder and lit a matchstick, leading to an explosion. Of the dozen odd injured, three policemen are reportedly in a critical condition. In the Karkardooma court, where Rahul was produced after being in police custody for a day, he was remanded to 14 days judicial custody (jail) as the prosecution said he was no longer required for investigation as he was caught on spot and even weapon of offence has been seized.

Rahul had been disowned by his parents two months ago. According to locals, Rahul, who was expelled from the merchant navy, and was always a little “weird”. “He would often wear his uniform and roam around the colony. At times, he would hoist flags and sing the national anthem in the middle of the colony,” a neighbour recalled. His father and younger brother own a taxi business in Canada and often visit the city as Ms Matta used to live in Ajanta Apartments after she had retired from a government position. Rahul has had a very strained relationship with his parents. The situation worsened in September 2016 when Rahul got married to a divorcee of two children discreetly in Hardwar. He wanted to shift in to the flat with the woman, but his parents did not approve their relationship and subsequently banned his entry into the society with the help of the Resident Welfare Association. Life was always a rollercoaster ride for Rahul. His father had moved to Ontario in Canada in 1995 to work as a driver and taken his younger son Mukul with him, Rahul stayed back at the IP Extension house with his mother.