You will kill India, if you don’t skill India: Kiren Rijiju

The Delhi police organised a ‘Mega Job Fair’ at the Siri Fort auditorium which was attended by Rijiju and Delhi L-G Anil Baijal. 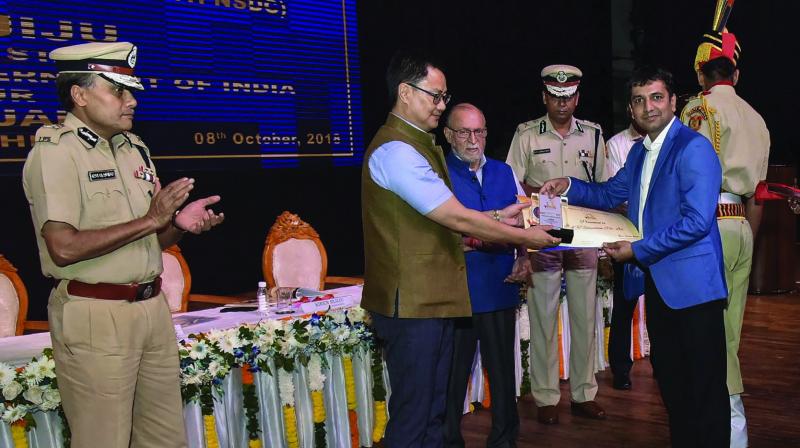 New Delhi: “If you cannot skill India, you will kill India”, Union minister Kiren Rijiju said on Monday, stressing unemployment was the bigge-st problem facing the country. He was speaking at the first anniversary celebrations of ‘Yuva’, a Delhi police initiative in association with the National Skill Development Corporation (NSDC) to equip vu-lnerable youth, especially those from the underprivileged sections of the society.

The Delhi police organised a ‘Mega Job Fair’ at the Siri Fort auditorium which was attended by Rijiju and Delhi L-G Anil Baijal. Rijiju said the skill development of vulnerable youth on this scale by the Delhi police, which has never been done previously by any state police in the country, sets an example for other state police units.

“Unemployment is the biggest problem facing our country. If you cannot skill India, you will kill India. If we do not skill the youth, they will beco-me a liability and might take a wrong path,” he said. This initiative would not only provide jobs, but also life to the youth, who were either victims of cri-me or in conflict with the law, especially those from underprivileged sections of the society, Rijiju said. “By employing these scho-ol dropouts, juvenile offe-ders and victims of crime, the police is not only making them employable but also shaping their lives,” he added.

The Lt Governor said it was a “happy coinciden-ce” that the ‘Yuva’ initiative turned a year older on his birthday. Appreciating the efforts of the Delhi police, Baijal said the fact that so many people had got jobs under the initiative was a ‘birthday gift’ to him.

“Crime prevention has always been a focus area. If we want to bring in crime prevention before policing, we should target vulnerable youth to come forward and contribute to society... Today I think these 3,000 trained youths are brand ambassadors of the Delhi police,” Baijal added.