Leader of the House Tilak Kataria wrote that two indoor stadiums in each zone, subject to availability of space, should be constructed. 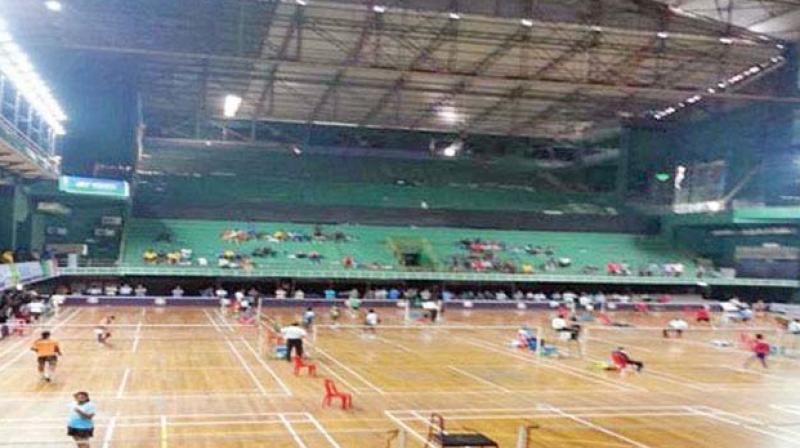 Leader of House in the civic body Tilak Raj Kataria wrote a letter to the municipal commissioner and has asked that the NDMC construct 12 indoor sports stadium. (Representational image)

New Delhi: In an attempt to groom talent among future athletes, so they can bring glory to the country in sporting events, the North Delhi Municipal Corporation (NDMC) is planning to build 12 indoor stadiums in its jurisdiction.

Overwhelmed by the improved performance in the recently concluded Asian Games in Indonesia, Leader of House in the civic body Tilak Raj Kataria wrote a letter to the municipal commissioner and has asked that the NDMC construct 12 indoor sports stadium.

Mr Kataria wrote that two indoor stadiums in each zone, subject to availability of space and easy connectivity, should be constructed to prepare the students of municipal schools for national and international games. He claimed that it would involve an estimated expenditure of `48 crore and these sports stadia would, on the other hand, help in running sports academies. “We are a country of more than 1.25 billion people. Yet, our performance in the international games, especially in Olympics, is not as desired. We win only a few gold medals. On the other hand, the countries with less than one-tenth of our population win more gold medals than us. The reason is the availability of fewer sports facilities in the country. In the developed countries, sportsmen are trained from the age of 10 or even less in case of acrobatics,” said Mr Kataria. According to him, the main hindrance in better performance in the international games is shortage of sports facilities in the country.

“The North Corporation, hence, should take up the project of developing 12 indoor stadia at the earliest,” he added.