Naveen Khatri, 32, was arrested from near Rithala Metro Station. 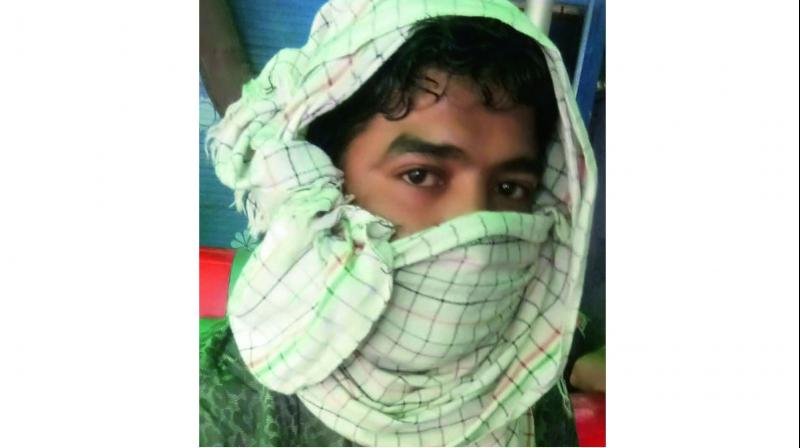 Naveen Khatri, 32, was arrested from near Rithala Metro Station. He was carrying a reward of Rs 1 lakh on his arrest and was wanted for killing a Delhi police constable in 2015.

Khatri, was one of the conspirators of the Mianwali case, in which three persons, including a Delhi police assistant sub-inspector and an alleged gangster were killed, said deputy commissioner of police (special cell) Sanjeev Kumar Yadav.

Acting on tip off, he was asked by the police team to stop for verification near Rithala Metro station, he started running but was overpowered after a brief chase and minor scuffle, he added.

Naveen has been previously involved in more than five criminal cases. He came in contact with Surender Khatri alias Samunder Khatri, who was his neighbour.

Samunder came out on parole January 16, 2015. Jitender Khatri, who was posted as a constable with the Delhi police was gunned down by Samunder, Naveen and their associates in Narela on January 17. The constable was collecting information about Samunder Khatri’s gang. Naveen has also been associated earlier with gangster Manjeet Mahal’s gang.

Khatri was also involved in murder of Monu Dariyapur, and his personal security officers assistant sub-inspector Vijay Kumar and his friend Arun Shastri on April 30 in Mianwali Nagar.

In another case, a 25-year-old man, wanted in cases of murders and carjacking, has been arrested. The accused, Rohit alias Lamba was arrested from Samaypur Badli on June 4, said deputy commissioner of police (crime) Bhisham Singh. The police seized an illegal country-made pistol and two live cartridges from his possession, he added.

Rohit is a member of Ashok Pradhan gang and on March 22 this year, he had shot dead one Kala Asodia in Jhajjar court complex along with Pradhan and his other associates.

The killing was committed since Asodia had killed Pradhan’s brother, said the officer.

Pradhan and Rohit were planning to kill rival gangsterNeeraj Bawania and his associates lodged in different jails when they were being produced in courts.

Bawania’s gang was allegedly involved in killing RajeshDurmut, a member of Pradhan’s gang in Rohini court on April 29.

Several police teams of Delhi and Haryana were looking for Rohit for the past three years. While he was on the run, he spent his time in various parts of Delhi, Agra, Mathura, Haridwar, Jammu etc. assuming different identities.