Metros   Delhi  09 May 2019  ED to quiz Gahlot’s family in a case linked to his brother
Metros, Delhi

Sources in the agency said that investigators may question family members of Kailash Gahlot on Thursday. 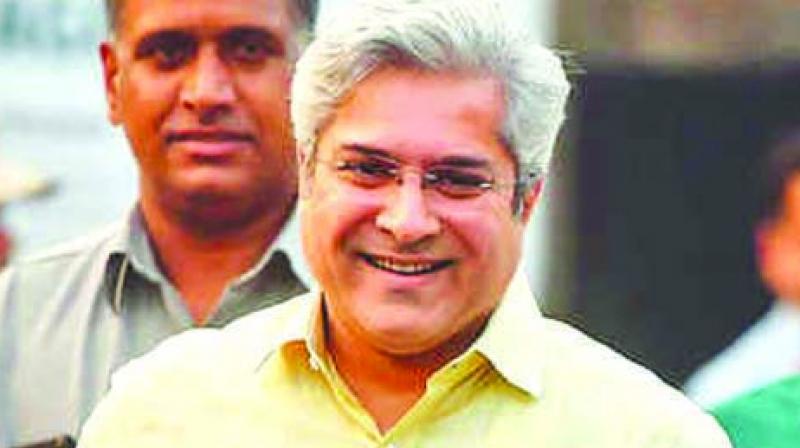 New Delhi: A day after attaching several immovable properties of Harish Gahlot, brother of Delhi minister Kailash Gahlot, in the national capital, the Enforcement Directorate (ED) is all set to question his family members as part of its investigation into the alleged FEMA violation by them.

Sources in the agency said that investigators may question family members of Kailash Gahlot on Thursday. The central probe agency on Tuesday seized a flat in posh Vasant Kunj area of Delhi and a land in Haryana worth `1.48 crore in connection with a FEMA and hawala case against Mr Harish Gahlot.

The agency said it issued a seizure order under section 37A of FEMA freezing the flat and a land in Chauba village in Haryana in lieu of alleged illegal assets held abroad.

“Investigation was initiated under FEMA (Foreign Exchange Management Act) based on the information received from the Income Tax Department about transfer of money to the tune of `1 crore from India to Dubai through hawala channel by Mr Harish Gahlot through a Delhi-based hawala dealer for making advance payments toward purchase of two flats in Dubai in September, 2018,” the ED alleged.

Premises linked to the family and associates of Mr Kailash Gahlot, Aam Aadmi Party (AAP) MLA and Delhi transport minister, had been raided by the I-T Department in October last year. The properties of Mr Harish Gahlot were also searched.