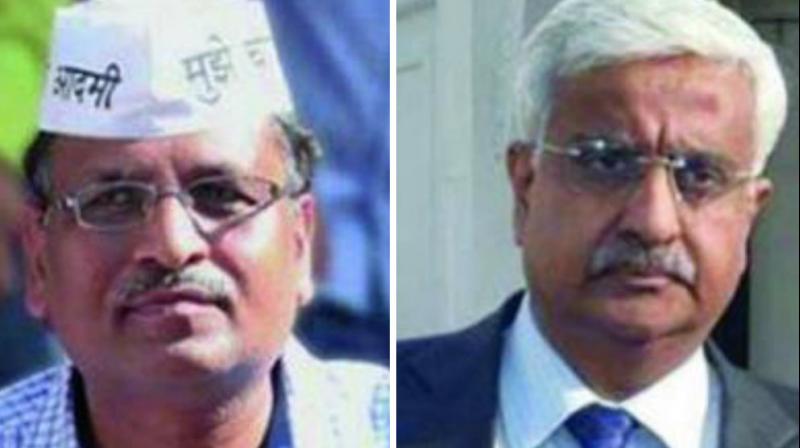 The chief secretary wro-te back, asserting that officers are working “beyond office hours” and also on weekends, sources said.

The minister has also accused the officers of creating “hindrance” in the work of the AAP dispensation.

According to the sources, in a noting on a file sent to the urban development minister, Mr Prakash cited rules, saying, “The minister-in-charge of a department shall be primarily responsible for the disposal of the business of the department.”

Mr Jain’s letter to the chief secretary may trigger another round of tussle between the AAP government and the bureaucracy who are at loggerheads over the alleged assault on Mr Prakash at the chief minister’s residence in February.

The minister’s direction came after it was found during random inspection of attendance in various branches of the urban development department that 11 officials were absent even after 10.20 am on May 4, and most of the senior officers were not present in their seats.

In the letter to Mr Prakash, he alleged that the quantum of work being delivered is “very less” and “undoubtedly” this is the result of the decisions of the officers to not let the government function properly.

According to the sources, the chief secretary, responding to Mr Jain’s allegations, wrote in the file noting, “Instead of making unwarranted and unsubstantiated allegations and observation, the minister is required to cite specific problems so that the same can be addressed.”

Since the alleged assault on the chief secretary, bureaucrats have been boycotting meetings, except Cabinet meetings.