He did an on-the-spot analysis of facilities in a government-run school in Mustafabad. 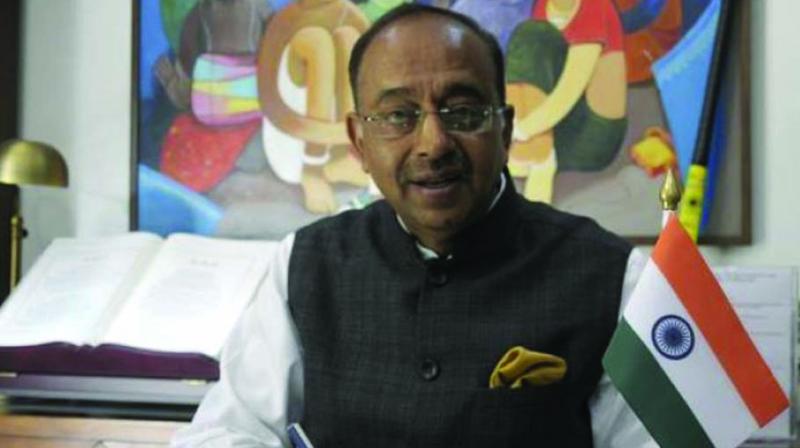 He did an on-the-spot analysis of facilities in a government-run school in Mustafabad.

The Union minister claimed that that most of the students studying in Delhi government schools belong to economically weaker sections and a lot of them come from slums.

The condition in which the students are studying, brings tears to my eyes, Mr Goel said. Stating that "I am happy to resolve matters of public interest," he announced Rs 25 lakh from his MPLAD fund to revamp the school.

Mr Goel said that during the 1960s-70s, the government schools provided better education as compared to private schools. "My own family members have studied in government schools, but today the situation is terrible,”  said Mr Goel.

After inspection of a government school in Mustafabad, Mr Goel said that the school in question has almost 99 per cent girl students belonging to the Muslim community.

“On the one hand chief minister Arvind Kejriwal tries to be the messiah o,f the minority community but in reality he hasn't provided quality school to these girls." The minister also interacted with the Mustafabad school’s staff members and the students.

According to Mr Goel, there are almost 2,000 students in this school and all are studying in one shift, but due to lack of space, four shifts are being allotted from 7am to 6pm.

"Despite all this, students are spilling over the gallery and in some cases on-ground outside the classrooms. In some cases, students of two classes have been merged into one and students are being made to face opposite side and studying," Mr Goel added.

Mr Goel mentioned that the parents of these students had requested him to check the condition of the school and hence he paid a surprise visit. "Chief Minister Arvind Kejriwal and education minister Manish Sisodia continue to make tall claims but in reality the picture is quite grim. They must take concrete measures instead of publicity and fake promises," said union minister.

Mr Goel has announced to allocate Rs 25 lakh from his MPLAD fund to revamp the school and believes Delhi government would spend it to change the face of the school with required facilities.