“BJP demands that this fake labour board be dissolved forthwith, Mr Tiwari said." 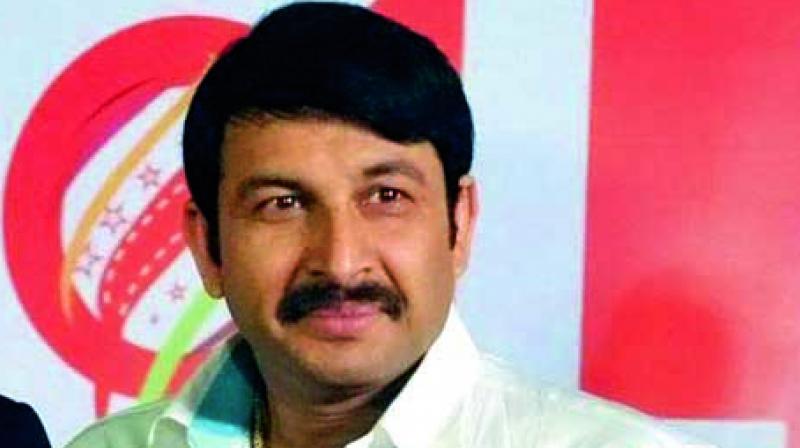 New Delhi: A day after labour leader Sukhbir Sharma lodged an FIR against Arvind Kejriwal government for irregularities in the Delhi Building and Other Construction Workers’ Welfare Board, Delhi BJP chief Manoj Tiwari alleging that the Delhi government was “government of scamsters”.

Mr Sharma had on May 7 registered an FIR with the Anti-Corruption Bureau against alleged irregularity in misappropriation of fund welfare fund.

On Mr Sharma complaint, the case was registered under different sections  of the Prevention of Corruption (POC) Act and IPC against unknown persons on Monday

“The Delhi government has been anti-labour since the very beginning and it initiates only those programmes, which could be used as vote bank. The government does not work for the welfare and educational betterment of the family of the labourers. There is bungling of Rs 140 crore through this fake labour board and hence stern action should be taken against the guilty persons," said Mr Sharma, the complainant.

Mr Tiwari said that it is regrettable that the Kejriwal government misused the Labour Welfare Fund for the expansion of its party cadre for which chief minister Arvind Kejriwal, deputy CM and education minister Manish Sisodia and labour minister Gopal Rai are directly responsible. “BJP demands that this fake labour board be dissolved forthwith, Mr Tiwari said."

"Earlier, the BJP has found that this government had misused funds meant for construction workers and dalit welfare. It also indulged in bungling development funds by forming fake RWAs through its MLAs,” he said. “Hence it would not be an exaggeration to call that the AAP government is a “farziwala” government," he said.