Their names doing rounds as they are close to party leadership. 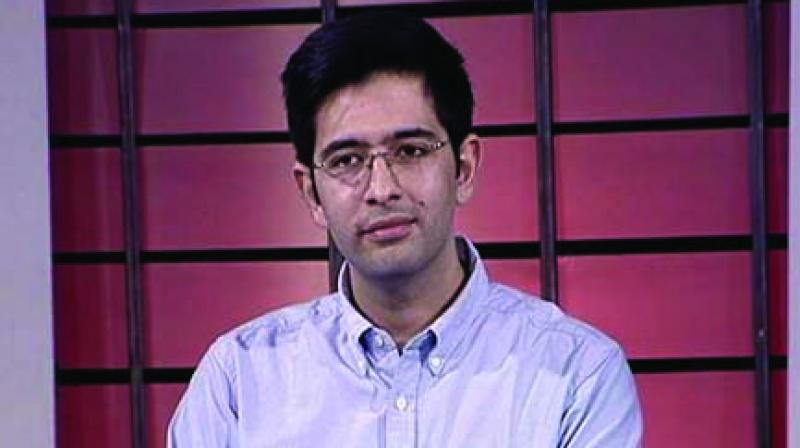 New Delhi: The Aam Aadmi Party (AAP) is contemplating to field the young Atishi Marlena, Raghav Chadha and Dilip Pandey in the next Lok Sabha polls scheduled to be held in 2019, a party leader has said.

The three probables are believed to be close to the AAP leadership and have been with the party since its formation on October 2, 2012 following a massive anti-graft movement.

A senior AAP leader said Ms Marlena, 36, advisor to deputy CM Manish Sisodia, is likely to contest from the East Delhi constituency, which is presently held by Maheish Girri of the BJP.

A member of the AAP’s political affairs committee, she is associated with the execution of the government’s programmes to improve the conditions of Delhi government schools.

Mr Chadha, 29, is likely to contest from New Delhi constituency, the leader said. A known face on television debates, he is the youngest spokesperson and was the party’s treasurer. He also liaisons with other political parties on behalf of the AAP leadership.

Both Ms Marlena and Mr Chadha played vital roles in drafting the party’s manifesto for the 2013 Assembly polls, when AAP made a debut into electoral politics winning 28 (out of 70) seats.

Mr Pandey, 37, could fight the polls from Northeast Delhi constituency, a seat currently represented by Delhi BJP chief Manoj Tiwari. The constituency has a large number of people from Purvanchal region as registered voters.

“The party has started looking for candidates for the LS polls and names of the trio are doing rounds. However, it could be premature to say the party has zeroed on them,” another AAP leader said.

There is a possibility the party may field its MLAs, like it did in 2014. For instance, then social welfare minister in the Delhi government was fielded from the North West seat. Since its inception, the AAP has twice formed government in Delhi.