According to the election office, voting began at 8 am and will continue till 6 pm in the area which has around 1.6 lakh electors. 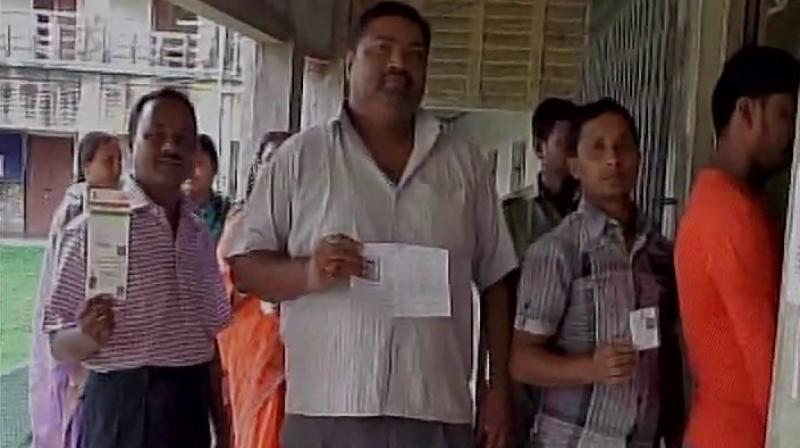 New Delhi: Voting is underway at the Rajouri Garden constituency to choose its new MLA in the sole by-election in the national capital on Sunday.

According to the election office, voting began at 8 am and will continue till 6 pm in the area which has around 1.6 lakh electors.

Along with EVMs, the reliability of which has been questioned by the AAP, voter-verifiable paper audit trail (VVPATs) are being used at all the 166 polling stations of the west Delhi constituency.

For the BJP and the Congress, success in the bye-election is crucial for their continuing relevance in the city's politics while it will be a test for the AAP's popularity.

The AAP has come up with a new face - Harjeet Singh - for the election while the Congress has fielded Meenakshi Chandela, who belongs to a politically influential family of the area.

The BJP-SAD combine has fielded veteran Manjinder Singh Sirsa who had won the seat in 2013.