Being a politician, Jaitley must tolerate fair criticism: AAP leader to Delhi HC

Defamation action by Jaitley was a threat and continues to be a fetter on free speech, says AAP leader Raghav Chadha. 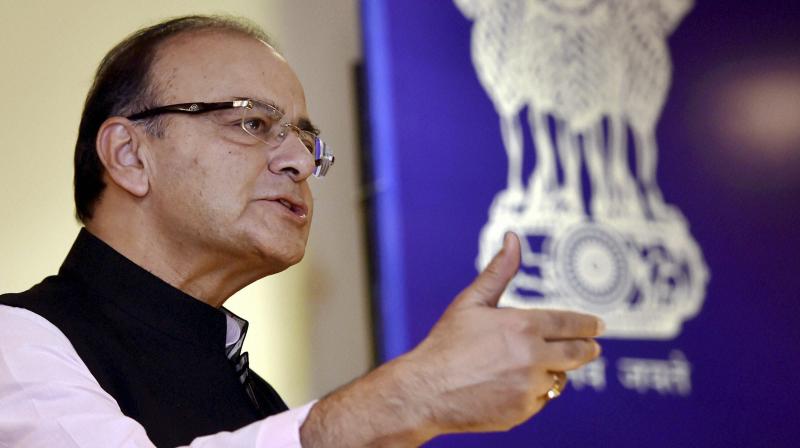 New Delhi: An AAP leader, facing a civil defamation case filed by Finance Minister Arun Jaitley against him and others including Chief Minister Arvind Kejriwal, today asserted that the senior BJP leader must be open to a "close scrutiny" and "tolerate fair criticism" being a politician.

AAP leader Raghav Chadha told Delhi High Court that he had not uttered anything to defame the senior BJP leader and defamation action by Jaitley was a "threat" and continues to be "a fetter on free speech" on a topic which is clearly in public interest.

The application filed by Chadha, seeking to amend the written statement filed earlier and adding certain preliminary objections to the suit filed against him, came up for hearing before Justice Deepa Sharma.

A lawyer appearing on his behalf sought adjournment on the ground that the lead counsel, who would argue the matter, was not available.

Senior advocate Pratibha M Singh and advocate Manik Dogra, representing Jaitley, told the court that trial proceedings in the matter were going on before the Joint Registrar and the Finance Minister had tendered his evidence in support of his suit.

When the court fixed the matter for hearing on May 11, the counsel said it should be heard before March 6, the date fixed by the Joint Registrar for cross-examination of Jaitley. To this, Justice Sharma said, "it does not matter. Let the trial proceedings continue there".

Jaitley, who has already denied all allegations of financial bungling in Delhi and District Cricket Association (DDCA), had filed the suit seeking Rs 10 crore damages against the backdrop of attacks on him by Kejriwal and some other AAP leaders over alleged irregularities in the cricket body of which he was the president for about 13 years till 2013.

On December 6 last year, Jaitley had appeared in the high court and tendered evidence in support of his suit against Kejriwal, Chadha and other AAP leaders - Kumar Vishwas, Sanjay Singh, Ashutosh and Deepak Bajpai.

In his application, Chadha has said "the plaintiff (Jaitley) is a politician and is currently holding a government office in the capacity of Finance Minister of India. Therefore, being a politician, the plaintiff must be open to a close scrutiny within the public domain and therefore must tolerate a fair criticism more than any other private individual."

"The defendant number 5 (Chadha) did not utter any word so as to defame the plaintiff (Jaitley)," the plea said claiming that the suit against him was not "maintainable".

The AAP leader further claimed that suit filed by Jaitley failed to show that the statements made by Chadha were "malicious" in nature as he has never made any statement which is defamatory.

He said he had acted in good faith while posing a question to the former DDCA President, which related to the expenditure incurred by the state cricket body, and could have been answered by Jaitley "if he would have so desired".

"The question might have hurt the plaintiff, only his feelings, but for that, the question cannot be termed as a defamatory statement or a slander uttered by defendant number 5 against him," he said, adding that the question which he had posed to Jaitley was "quite natural" in light of the concerns raised by ex-cricketers and other office-bearers of the DDCA.

The high court had on July 12 last year framed issues against Kejriwal and others in the matter, notwithstanding their claim that they had not made any defamatory statement against him in the DDCA case.

The issues were framed against them after Kejriwal's counsel had denied the allegations and submitted that whatever was said against the Minister was in public domain and he has not said anything on his own.

The high court had framed issues against all the six AAP leaders and fixed the matter before Joint Registrar to decide whether any defamatory statements were made by them.

In a civil suit, when one party affirms and other party denies a material proposition of fact or law, then only the issues arise.

Some of the issues framed by the court include whether Jaitley was entitled for any damage for the alleged defamatory statements made by AAP leaders and what should be the amount.