The victim’s parents had approached the court, saying the convicts have exhausted all legal remedies. 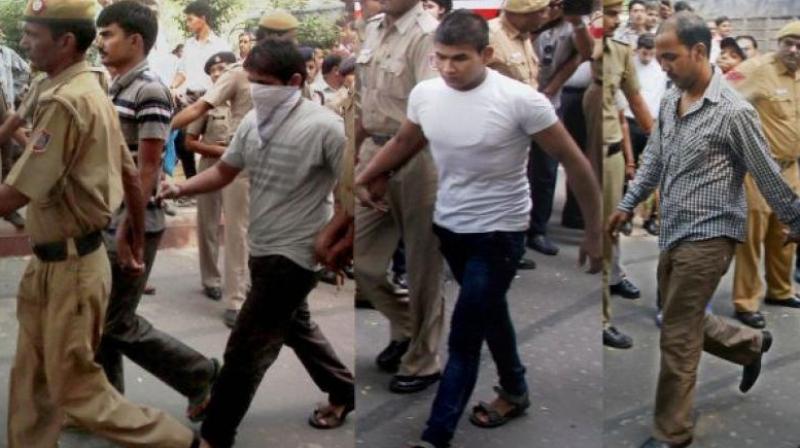 New Delhi: Vinay Sharma, one of the four convicts in the 2012 Nirbhaya gangrape and murder case, on Saturday sought immediate withdrawal of his mercy plea from President Ram Nath Kovind, saying it was sent without his consent.

The convict wrote to the President, alleging his mercy plea, which was forwarded to him from the ministry of home affairs, had been sent by the Tihar jail authorities with a “mala fide intention” and in “criminal conspiracy” with the Delhi government.

Mr Sharma said he was yet to exhaust all legal remedies available to him before filing the mercy plea as he has not filed any curative petition before the Supreme Court.

In his letter to President Kovind, Sharma also said his mercy plea was sent “fraudulently,” without annexing to it any document detailing the mitigating circumstances of his case and by concealing various important facts so that the same is rejected.

The convict also pleaded that taking any step on his mercy plea would amount to grave injustice as he is yet to exhaust all his judicial remedies.

A Delhi court had recently directed Tihar jail authorities to produce the four convicts before it on December 13 so that they can apprise the court about the status of their petitions.

The court was hearing a plea by the victim’s parents, who have sought a direction to the jail authorities to expedite the execution of the convicts.

The victim’s parents had approached the court, saying the convicts have exhausted all legal remedies.

In December last year, Nirbhaya’s parents had approached the court to fast-track the procedure to hang all four convicts in the case.

The Supreme Court, on December 12, 2018, had dismissed a PIL seeking direction to the Centre to execute the death penalty awarded to the four convicts — Mukesh, Pawan, Vinay, and Akshay — in the Nirbhaya gangrape and murder case.