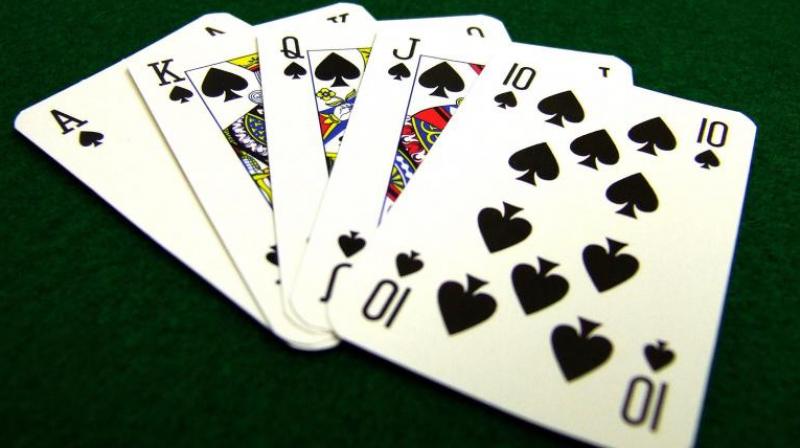 w The trial court has rightly held that because a card game was played in the club premises with small stakes, it cannot amount to gambling as was correctly held by the SC, justice Mehta said (Representational image)

New Delhi: The Delhi high court has agreed with a lower court’s observation that playing rummy, a card game, with small stakes at a club does not amount to gambling.

Justice Valmiki J. Mehta’s observation came on an appeal filed by one Suresh Kumar, challenging a trial court order directing him to pay Rs 3 lakh to the Central Secretariat Club here as damages for filing a false police complaint.

“The trial court, in my opinion, also has rightly held that merely because a the card game was played in the club premises with small stakes from a few annas to some rupees would not make it gambling as held by the Supreme Court,” justice Mehta said.

Mr Kumar, a former employee of the club, had complained that a “mafia” operated there and the club allowed gambling within its premises.

The trial court had, however, opined that Mr Kumar had failed to discharge the burden of proof on him.

“I completely agree with the discussion, reasoning and conclusion of the trial court because the complaint filed by the appellant (Mr Kumar) was on account of his frustration of having been removed from the services of the club and the allegations made by him were not bonafidely made...,” he said.

“They were made either as a revenge or to pressurise the high-profile club to take the him back in service (along) with the fact that complaint was made after around two years of him being removed from the services with the club,” the court said.