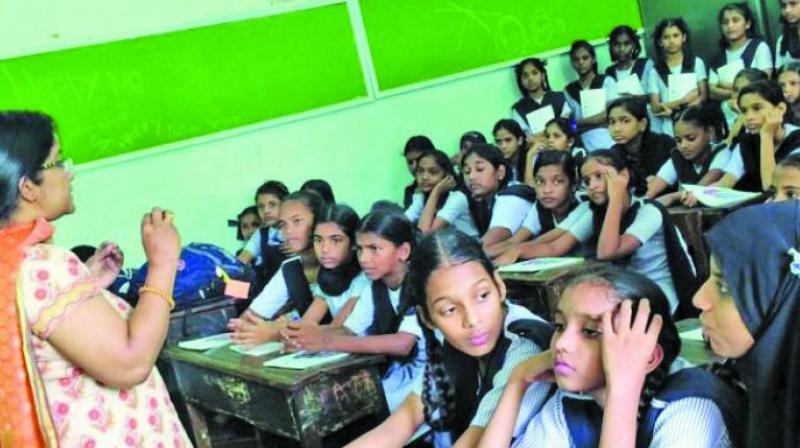 New Delhi: The Delhi Minorities Commission has sent a notice to the North civic body asking it to explain why a circular for a recital of “Gayatri Mantra” was issued by it to its schools as the direction is against the country’s “secular polity”.

The education department of NDMC has been asked to explain “why a circular has been issued to its schools to make students recite Gayatri Man-tra in morning assemblies”.

“Is this not against our secular polity and will this not cause division in the ranks of students and teachers as many belong to minority communities who may not like to recite mantras of religious nature,” the notice asked.

However, NDMC authorities have defended the move, saying recital of “Gayatri Mantra” at schools run by the civic body was not mandatory.

The civic body runs 765 primary schools where around 2.2 lakh students are enrolled.

Chairman of Education committee of the BJP-ruled municipal corporation, Ritu Goel said she had no information about the notice issued by the minorities panel on “Gayatri Mantra” but added its recital was not mandatory.

“We have already clarified its not mandatory in our schools,” she said.

Ms Goel said the circular issued by the education department was not a stand-alone direction for the recital of “Gayatri Mantra” and contained general directions to ensure personal hygiene and well-being of students.

The circular issued on September 6 by education department provided for the recital of the national anthem, prayer, Gayatri Mantra, besides patriotic slogans in morning assemblies in schools.

It also had directions on personal hygiene, moral education, general awareness and physical exercise to be conducted in morning assemblies of schools.