Vijender Gupta marshalled out of Assembly amid ruckus

As the Opposition leader was adamant to his demand, AAP legislators countered him, raising slogans against him. 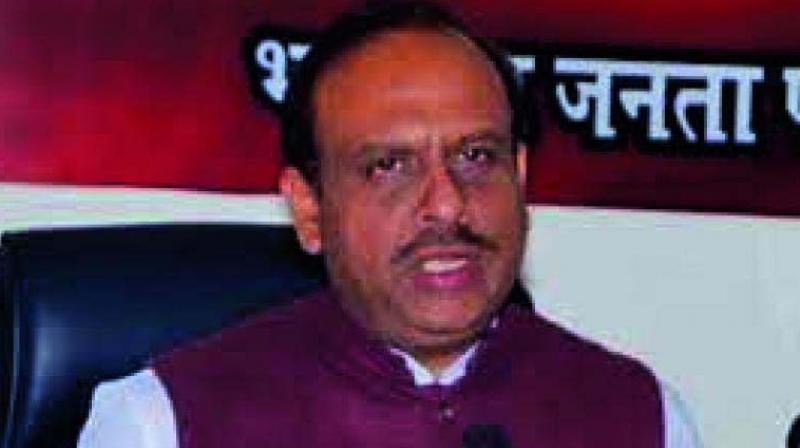 New Delhi: Leader of Opposition Vijender Gupta was marshalled out of the Delhi Assembly on Tuesday amid ruckus following his demand for an apology by transport minister Kailash Gahlot over an alleged scam in the procurement of 1,000 buses.

Two other BJP MLAs — Om Prakash Sharma and Jagdish Pradhan — walked out of the House to register their protest on the second day of the Monsoon Session. Mr Gupta, an MLA from Rohini constituency, alleged that the transport commissioner Varsha Joshi was targeted when she protested procurement of buses against laid down rules.

As the Opposition leader was adamant to his demand, AAP legislators countered him, raising slogans against him. The House proceeding resumed after Speaker Ram Niwas Goel directed him to be marshalled out.

Mr Gupta said that AAP is hypocritical with regard to honour and dignity of ladies. “While CM Arvind Kejriwal speaks of honour and safety of women, his ministers leave no stone unturned in humiliating, harassing and mentally torturing the senior woman officer.

“The Delhi government is soon inking approval to a pact between DTC and a private operator involving a huge scam hiring 1,000 low floor buses at scandalous rates and conditions”, Mr Gupta said.

On Monday, he was marshalled out for “disrupting” the House proceedings over his demand for a National Register of Citizens (NRC) for Delhi.