‘Happy to see industrial revolution is now a global event’

“We should not hesitate to think afresh. While doing so, the paramount thing is to build goodwill and peace among nations,” he said. 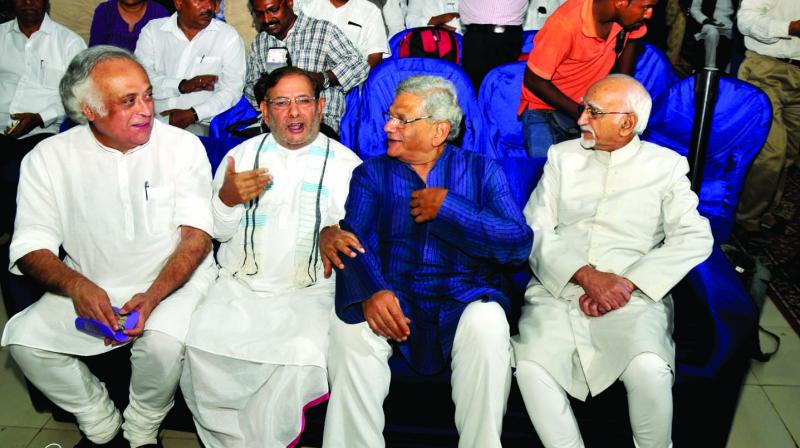 New Delhi: The resurgence of “nativism and protectionism” in the West is a disturbing phenomenon and there is a need for thinking afresh while building goodwill and peace among nations, former Prime Minister Manmohan Singh said on Tuesday.

Singh, while addressing the gathering at the the launch of former Union minister S. Jaipal Reddy’s book Ten Ideologies: The Great Asymmetry betw-een Agrarianism and Industrialism here, noted that during the course of the last three centuries, the industrial revolution had become a “full blown global phenomenon”.

“I am happy to note that Shri Jaipal Reddy is trying to build a new approach to meet the current crisis in the world, this is what we should focus on. The resurgence of nativism and protectionism in the West are disturbing phenomenons. Old and tried approaches may not suffice,” Singh said.

“We should not hesitate to think afresh. While doing so, the paramount thing is to build goodwill and peace among nations,” he said.

The former Prime Minister noted that the conflict of mindsets of agrarian and industrial eras that Reddy has focussed upon in his book were highly relevant.

“When the instruments of destruction are developing at a lightning pace, the human mind cannot remain stagnant and get stuck in morass of yesterday’s passions and prejudices. “The mind must keep abreast of the mach-ine, otherwise humanity is likely to fall into this yawning abyss and convert the blessings of the recent industrial progress into a curse,” he said.

Speaking on the launch of the book, Reddy said, “I am bothered about the increasing ignorance of ideologies and the de-intellectusalisation of politics. People are passing thro-ugh an ‘anti-intellectual mood’ and there is a disappearance of ideological debates in the current political discourse.”

“I have been deeply disturbed in recent decades by the fact that ideological debates or intellectual discussions are no longer in fashion,” he said.