HoHo flops, only 5 out of 14 buses running

The buses run across the city covering almost all the important tourist destinations, including monuments, museums and popular markets. 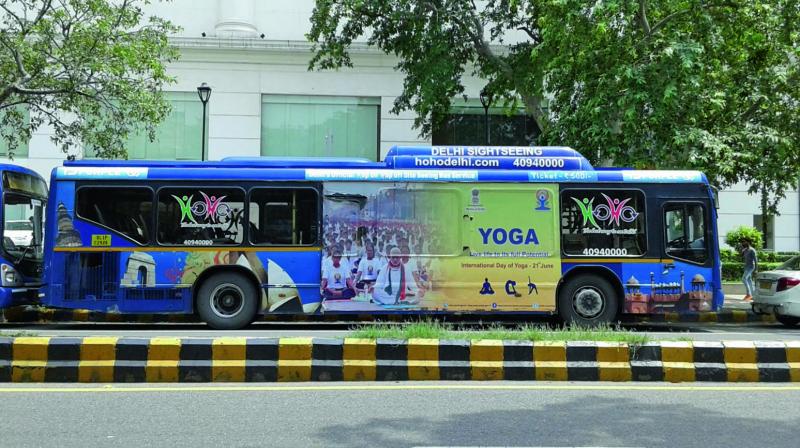 The buses are comfortable and luxurious to travel in, but lack security as there are no CCTVs inside the buses to monitor the action of tourists.

New Delhi: Hop-on Hop-off (HoHo) bus service that was started by the Delhi Tourism and Transportation Development Corporation (DTTDC) in 2010, is going through a sluggish phase. The service that was initially started with 14 buses has reduced to 5 buses.

The number of the tourists who avail this service has come down to around 60 to 80 on a daily basis as opposed to hundreds before. The “HoHo” service was launched in Delhi during the Commonwealth Games, to offer a perfect “Delhi Darshan to the visitors”. It was a joint venture between DTTDC, Prasanna Purple Mobility Solutions Pvt Ltd and Urban Mass Transit Company Ltd (UMTC).

HoHo services guest relationship executive Tripti Arya said that the business does well during the peak seasons — months of the year that are from September to mid of April.

Another guest relationship executive, who did not wish to be identified, said that the footfall has reduced in the current years, which has reduced the profit margin of the company.

Suggesting that there is also a need for more awareness of the concept of the HoHo buses, Ms Arya said, “The tourists who avail our bus service are mostly foreigners as the concept of hop-on and hop-off is taken from Western countries.”

These buses follow a loop of 40 minutes. One can board and de-board a bus at an interval of 40 minutes from any tourist destination mentioned in their site seeing chart.

In order to keep the business intact the “HoHo” service has come up with the concept of customise buses. These buses are customised based on the needs and preferences of the customers. The bus service is availed generally when someone is planning a trip for a birthday or a family tour around Delhi. In this service, the customer choose four to five of their desired destinations that are covered during the tour.

School students who need to complete their assignments in summer vacations also form the bunch of travellers of these buses, said Ms Arya.

The buses run across the city covering almost all the important tourist destinations, including monuments, museums and popular markets. Every bus has a guest relationship executive who gives tourists information about the sites that are part of the tour.

Although the buses are comfortable and luxurious to travel in, but lack security as there are no CCTVs inside the buses to monitor the action of tourists.