The girls were kept under observation and were discharged by evening. 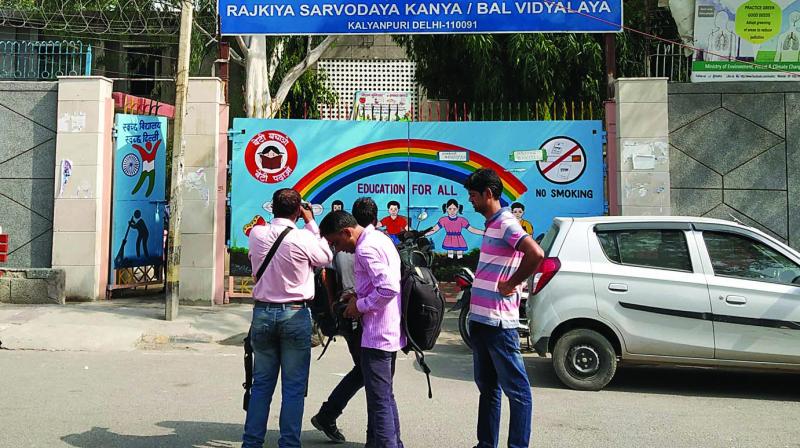 People gather outside the school in East Delhi on Saturday. — (Photo: Biplab Banerjee)

New Delhi: Two children were admitted to Lal Bahadur Shastri Hospital in East Delhi after they complained of stomach ache following the mid-day meal served at their school on Saturday.

According to reports, a lizard was found in the mid-day meal served to the students at the MCD Primary School in Trilokpuri.

The girls, between the age group of 11-12, took ill after the meal, following which they were taken to Lal Bahadur Shastri Hospital.

The girls were kept under observation and were discharged by evening.

“The girls are completely fine now. One of the girls had some abdominal pain even before taking the meal. We can’t say if she got ill because of food poisoning. She is stable now. If it was the case of food poisoning, other kids would also have been affected,” said a doctor in the Pediatrics ward of the hospital. The contract of the supplier providing the mid-day meal at the school was terminated following the incident, announced deputy chief minister Manish Sisodia, who also holds the education portfolio. “Rest of the kids who were served with the same meal haven’t shown any such symptoms and are completely fine,” said the police.

Meanwhile, Mr Sisodia said, “Such carelessness in the mid-day meal will not be tolerated at any cost. An FIR is being registered against the supplier and his contract has been terminated.”