The ED is the third agency probing alleged financial irregularities by the Lalu Prasad family after the CBI and the Income Tax department. 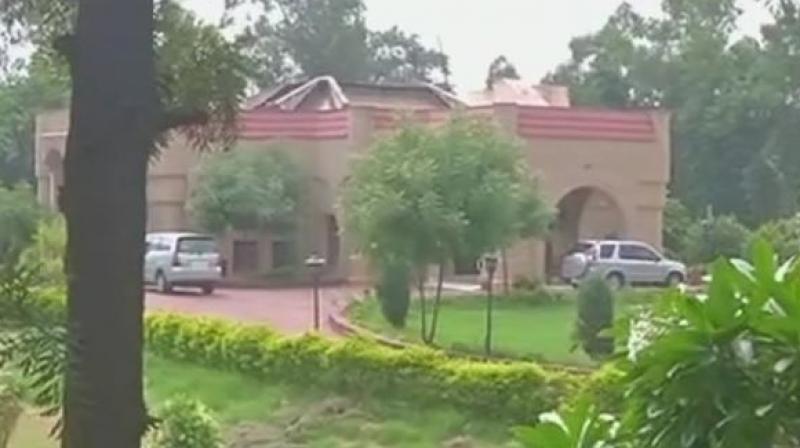 New Delhi: A day after the CBI conducted multiple searches against RJD leader Lalu Prasad and his family, the ED on Saturday raided three premises in Delhi of his MP daughter Misa Bharti and son-in-law in a money laundering case.

The farmhouses are of Misa Bharti, her husband Shailesh Kumar and the third is registered in the name of M/s Mishail Printers and Packers Private Limited. During the searches, the agency said, "incriminating" documents, electronic devices, including phones, have been seized.

Sources said both Bharti and Shailesh were questioned about certain documents recovered during the raids. They, however, said that this was just a brief interaction and detailed questioning will be conducted after they are served official summonses.

The searches are connected to a Rs 8,000 crore money laundering probe being conducted by the agency against two Delhi-based businessmen brothers, Surendra Kumar Jain and Virendra Jain, and others who are alleged to have laundered several crore rupees using over 90 shell companies.

The Jain brothers were arrested by the Enforcement Directorate earlier under provisions of the Prevention of Money Laundering Act (PMLA).

One of the firms that the arrested duo dealt with was M/s Mishail Printers and Packers Private Limited.

Bharti and her husband are alleged to have been directors of this firm in the past. The agency said it was detected that 1,20,000 shares of M/s Mishail Printers and Packers Private Limited were bought during 2007-08 at Rs 100 per share by four shell companies -- M/s Shalini Holdings Limited, M/s Ad-Fin Capital Services (India) Pvt. Ltd, M/s Mani Mala Delhi Properties Pvt. Ltd, and M/s Diamond Vinimay Pvt. Ltd.

The searches, they said, are part of investigations to unravel these links which allegedly routed black money using the shell companies under the lens of the anti-money
laundering agency.

Shell companies are firms set up with nominal paid up capital, high reserves, and surplus on account of receipt of high share premium, investment in unlisted companies and no dividend income or high amount of cash-in-hand.

The firm, the agency said, was registered at 25, Tughlaq Road here till the shares were bought back by Bharti.

The ED is the third agency probing alleged financial irregularities by the Lalu Prasad family after the CBI and the Income Tax department which recently attached benami assets worth about Rs 180 crore (market value)) during its investigation against them.