It is not the first time that Delhi officers have refused to give written answers to Assembly questions. 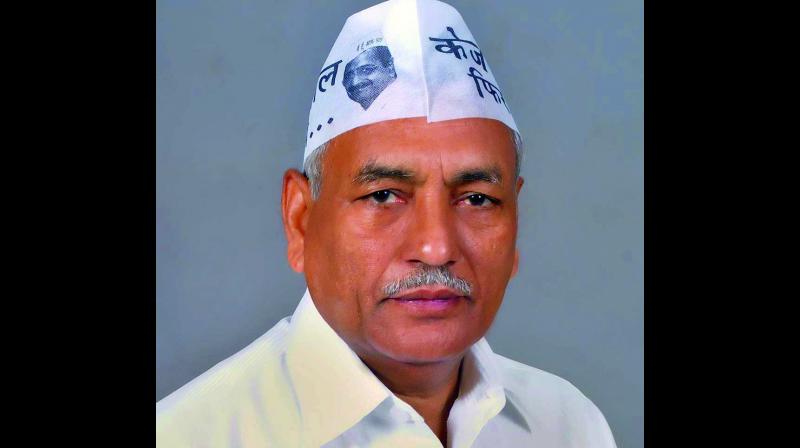 New Delhi: Delhi Assembly Speaker Ram Niwas Goel on Thursday warned government officers of strict action “as per rules” if they do not provide proper answers to the three written questions asked by ruling party legislators by Monday.

Mr Goel also extended the special three-day session till Monday. As the proceedings began, MLAs complained that officers have not provided proper answers to their questions. “I am feeling pained that the answers of these questions have also not been provided today as well. I am extending the session till Monday. If officers do not provide answers to these questions on Monday, I will take strict action whatever I can do as per rules,” Mr Geol said.

He directed senior officers to furnish replies to written questions from MLAs on June 11, saying he is “feeling helpless” sitting in the chair.

It is not the first time that Delhi officers have refused to give written answers to Assembly questions.

Deputy chief minister Manish Sisodia alleged that the withholding of the answers by the bureaucrats was being done as part of a “conspiracy” to “weaken” the democratic system and constitutional institutions like the CAG and the election commission.

“It is being done because PM himself doesn’t believe in democracy. How can education department deny answers to questions on number of vacant posts in schools, citing it falls under services matter? Why cannot MLA ask question on people’s behalf? Education is transfer subject,” Mr Sisodia said. Mr Sisodia said the Centre, with the help of these officers, was “trying to weaken the democratic system.”

Calling education a transfer subject, Mr Sisodia said, “It is being done to imply dictatorship in the country. The Centre is misusing institutions. What are they trying to hide by not providing the answers?”

He said questions on similar issues were asked earlier as well. It is not the first time that Delhi officers have refused to give written answers to Assembly questions.

During the Assembly’s Budget Session in March, the Speaker said the lieutenant-governor had informed that the presiding officer could not accept any questions on reserved subjects like land, law, and services.

One of the questions, for which written answer was not provided, pertained to vacant posts in the education department. The appointment of officers comes under the ambit of the services’ department, which is a reserved subject.