Raghav Chadha said the biggest issue is the law and order situation, which he claimed is the “worst” in Delhi. 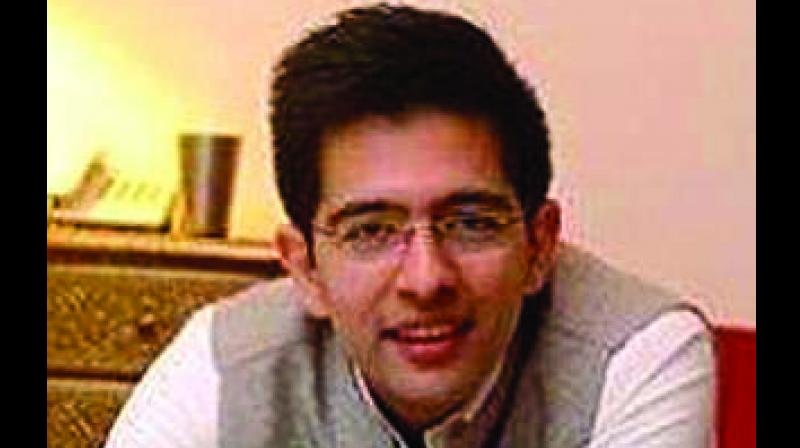 New Delhi: AAP candidate Raghav Chadha promised to eradicate “gundaraj” from South Delhi as he released his manifesto on Tuesday, which focuses on a range of issues including pollution and traffic congestion that are plaguing his constituency.

Mr Chadha said the biggest issue is the law and order situation, which he claimed is the “worst” in Delhi.

“These gundas (goons) have been given freehand by BJP to misbehave with women and dalits. This gundaraj would be eradicated if I am elected and I want to tell these gundas that only a few days are left for their gundaraj,” he told reporters during the release of his manifesto.

“We have been preparing it for months and it has been made after understanding the needs of the people of my constituency. I have met 4.5 lakh families in the last one year. It has policy experts’ involvement in it,” he said.

The 34-page AAP manifesto for South Delhi, titled ‘It’s Time For Change,’ promises that the AAP MP from South Delhi will use the resources at his disposal to combat pollution caused by crop-burning in other states and arrive at an inter-state solution for the pan North India air pollution problem and push for an automated and systematic water wastage monitoring system.

He said BJP and Congress had said they would fight and win the elections in the name of providing water, but did nothing once elected.

Further, the 30-year-old chartered accountant said that as an MP he would ensure that the Metro related work starts in South Delhi within 100 days.