12 labourers feared trapped under the debris were rescued. 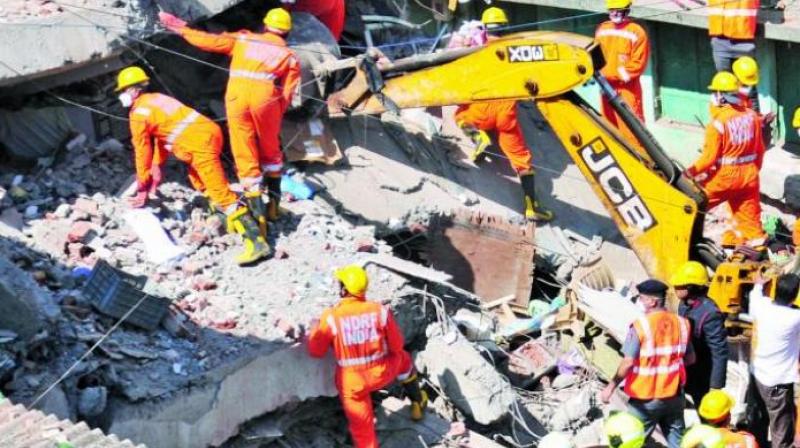 It was found that a rear portion of the building situated at Industrial Area on Old GT Karnal Road had collapsed. (Representational Image)

New Delhi:  An under-construction building collapsed in Delhi’s Gujranwala Town on Monday. About 12 labourers feared trapped under the debris were rescued and seven of them were admitted to a hospital, said police.

No casualties were reported, said the police. A call was recieved around 5 in the evening about a building collapse. Personnel from PCR, Delhi Fire Services and Delhi Disaster Management Authority rushed to the location, according to the police.

It was found that a rear portion of the building situated at Industrial Area on Old GT Karnal Road had collapsed.

A senior police official said some construction work was going on at the site when the incident took place. The official further said that out of 12, seven labourers were injured in the collapse.

The injured are stable and under treatment. Five persons are being treated at Sundar Lal Jain Hospital and two are at Deep Chand Bandhu Hospital. In the incident, four private vehicles were also damaged.