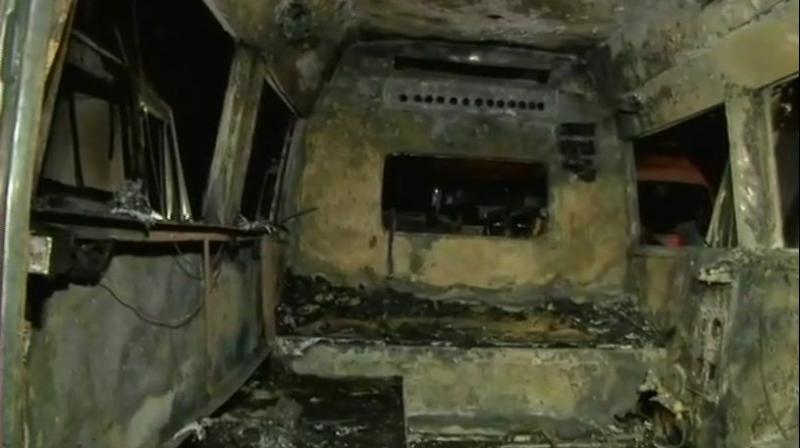 The ambulance they were sleeping in caught fire in south Delhi's Sheikh Sarai area. (Photo: @ANI/Twitter)

New Delhi: Two men were charred to death and another injured when the ambulance they were sleeping in caught fire in south Delhi's Sheikh Sarai area in the early hours on May 8, said an officer from the Delhi Fire Service.

A call was received at 12.50 am about the blaze and two fire tenders were rushed to the spot.

The deceased were identified as Guddu and Rahul, he said.

The injured man was identified as 32-year-old Subodh. He sustained 40 per cent burn injuries and is admitted to Safdarjung Hospital.