At least 450 students studying in schools had to be hospitalised on Saturday after toxic fumes spread due to the chemical leakage. 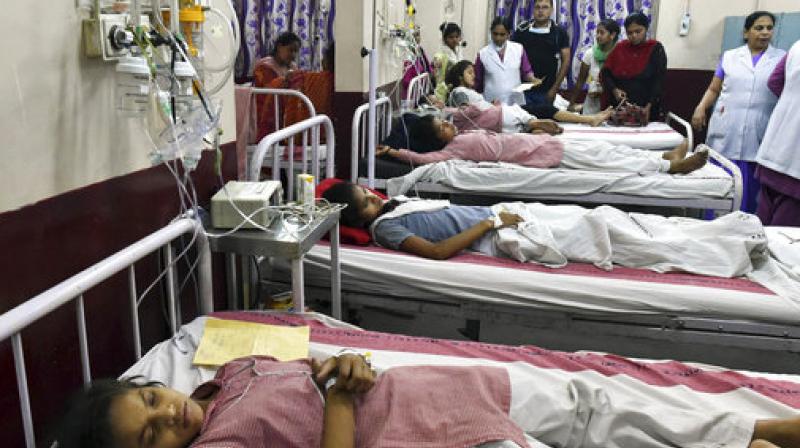 New Delhi: The National Green Tribunal on Monday issued notice to the Delhi government, the Ministry of Environment and Forests and the Delhi Pollution Control Committee over the chemical spill in the Tughlaqabad container depot that led to over 450 school children being hospitalised.

A bench headed by NGT chairperson Swatanter Kumar also issued a show cause notice to the Container Corporation of India (CONCOR) on why its unit in southeast Delhi's Tughlaqabad should not be shifted to some other place.

The green panel appointed advocate Sanjay Upadhayay as amicus curiae in the matter.

He had earlier filed a plea that the Tughlaqabad depot be shifted to another place as it adds to the worsening air quality in the national capital.

Some lawyers had informed the bench about Saturday's gas spill after the tribunal took suo motu note of the matter.

At least 450 girl students of the Rani Jhansi School and Government Girls Senior Secondary School, run by the city administration, had to be hospitalised on Saturday after toxic fumes spread due to the chemical leakage.

Most of the students, who complained of irritation in the eyes and breathlessness, were discharged after a few hours but a few had to be kept under observation in ICUs.