As many as 16 girls are still admitted in Humdard Institute, 11 are admitted in ESIC, two in Batra Hospital, and one is in Apollo Hospital. 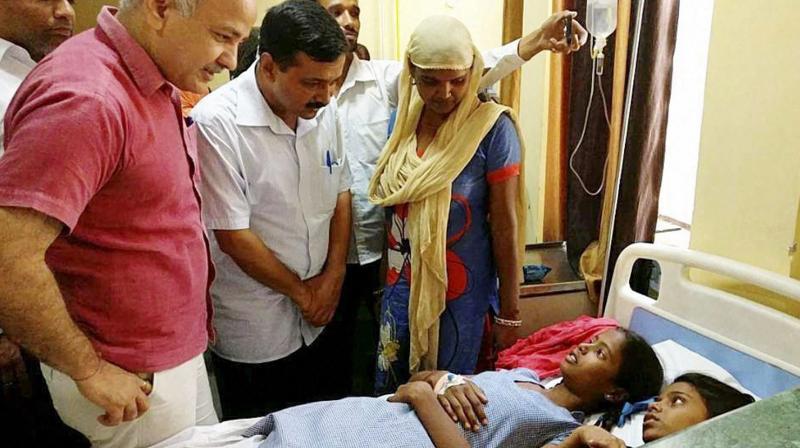 New Delhi: A day after the chemical leak at a container depot in Tughlakabad — which affected over 450 girl students and a few teachers — initial police probe reveals that it might have happened due to the containers not being properly sealed. The police, however, said that they are yet to ascertain the point where the carelessness occurred. Meanwhile, some students are still undergoing treatment at the hospitals.

As many as 16 girls are still admitted in Humdard Institute, 11 are admitted in ESIC, two in Batra Hospital, and one is in Apollo Hospital. Three have been referred to Safdarjang Hospital. The police said that a team of the National Disaster Response Force (NDRF) and other agencies reached Sonipat in Haryana on Sunday to check the container and to ascertain the initial cause of leakage. The police is in the process of collecting documents from the various parties involved to identify the point at which the lapse occurred.

The Delhi government, which ordered a magisterial probe into the incident, has issued a notice to the authorities of the Tughlakabad depot. The police has register-ed an FIR under relevant various sections. The Southeast district administration issued a show cause notice to the customs department and the Container Corporation of India Ltd, the custodian of the depot.