Delhi: In a boost to Metro, Centre clears 3 Phase 4 corridors 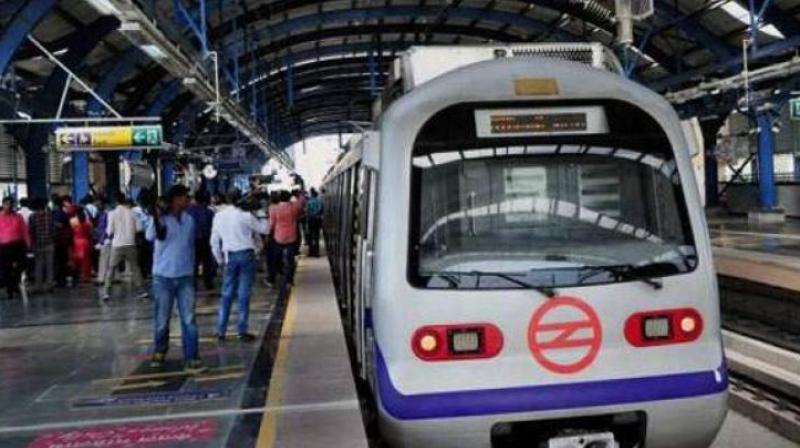 The phase IV project’s three corridors with a total length of 61.679 km will have 17 underground and 29 elevated stations.

New Delhi: The Union Cabinet on Thursday approved three out of six corridors of the Delhi Metro’s proposed phase IV which will further improve connectivity in the national capital.

Finance minister Arun Jaitley shared this information with reporters at a media briefing after the Cabinet meeting. According to the government, the Mukundpur Maujpur, R.K. Ashram-Janakpuri West and Aero City-Tughlakabad corridors have been approved in the meeting chaired by Prime Minister Narendra Modi.

Union housing and urban affairs minister Hardeep Singh Puri said the Tughlakabad-Aerocity corridor will improve connectivity to the national capital’s airport. The phase IV project’s three corridors with a total length of 61.679 km will have 17 underground and 29 elevated stations. Out of its total length, 22.359 km will be underground and 39.32 km will be built as elevated section.

The Union minister said the total completion cost of these three metro corridors will be Rs 24,948.65 crore. Asked whether the Centre will accept the 50-50 per cent operational-loss condition imposed by Delhi’s AAP dispensation while approving the Phase-IV project, Mr Puri said that his government will “go ahead”. He said these three new corridors will reduce congestion on roads, thus helping in minimising pollution caused by motor vehicles.

In the Maujpur-Mukundpur corridor, there will be six stations — Yamuna Vihar, Bhajanpura, Khajuri Khas, Soorghat, Jagatpur Village and Burari. The other three proposed corridors which have not yet been approved by the Union Cabinet are Rithala-Bawana-Narela, Inderlok-Indraprastha and Lajpat Nagar-Saket G Block.