SC urged to lay down law for separate hanging of convicts

The high court in its February 5 judgment had held that all the four death row convicts will be executed together and not individually. 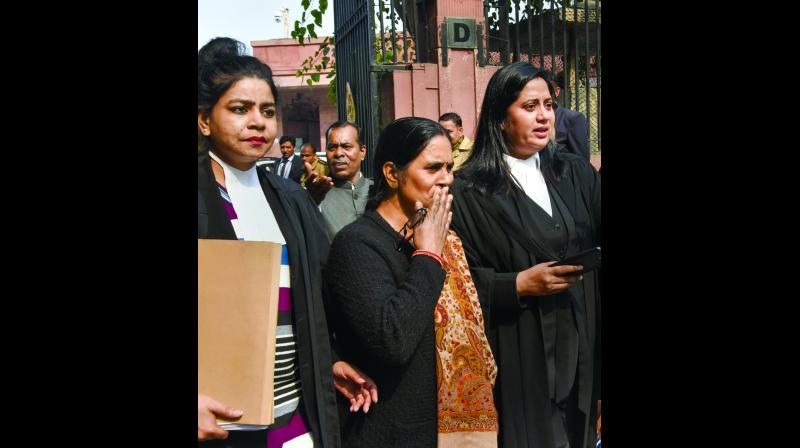 New Delhi: The Centre and the Delhi government on Friday urged the Supreme Court to lay down a law for separate hanging of death row convicts for the same crime so that they may not by a “calculated design” delay the execution of sentence.

Taking the court through the dates of the Nirbhaya case to contend that the four convicts in a “calculated” manner were delaying the execution of sentence, solicitor general Tushar Mehta said: “The nation’s patience has been tested enough now … as death convicts are not exhausting their legal remedies and adopting delaying tactics.”

Mr Mehta placed before the court a chart with dates showing the way in which four convicts have taken steps to exhaust their legal remedies including mercy petitions with Pawan Kumar Gupta yet to file curative petition and the mercy petition and contributing to delay in the execution of sentence.

As Mr Mehta proceeded with his submissions, the top court bench comprising Justice R. Banumathi, Justice Ashok Bhushan and Justice A.S. Bopanna said that they would like to hear the solicitor general on merits of the case and posted the matter for further hearing on February 11.

The high court in its February 5 judgment had held that all the four death row convicts will be executed together and not individually.

A Delhi court on Friday dismissed the pleas of Delhi government and Tihar jail authorities seeking fresh date for execution of the four death row convicts in the Nirbhaya case. Additional sessions judge Dharmendra Rana took note of the Delhi High Court’s February 5 order permitting the convicts to exercise their legal remedies within one week.

“It is criminally sinful to execute the convicts when law permits them to live. The high court on February 5 has permitted the convicts, in the interest of justice, to exercise their legal remedies within one week from same order,” the court said.

“I concur with counsel for convicts that death warrants cannot be executed merely on basis of surmises and conjectures. The application is bereft of merit. Same is dismissed. State is at liberty to move appropriate application as and when required,” the judge said.