The condition of both the patients was serious and doctors at the hospital had found out that only liver transplant could cure them. 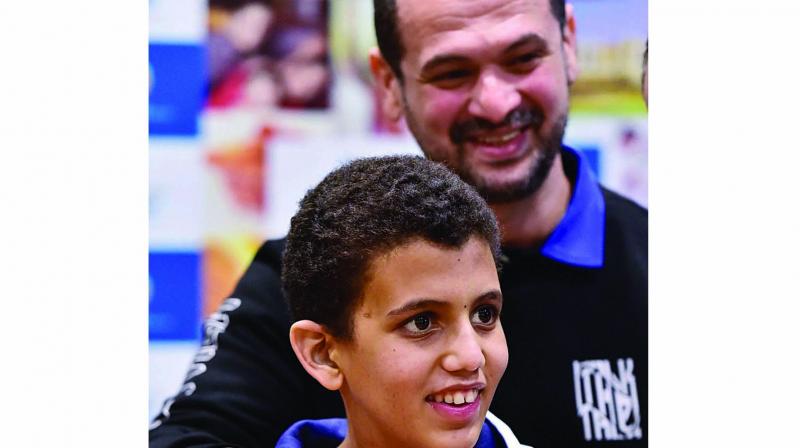 New Delhi: A four-year-old Pakistani boy and a teenager from the UAE, suffering from a rare medical condition, have received a new lease of life after undergoing liver transplant at a city hospital.

The two children, 13-year-old Khalid Mohammad from UAE and four-year-old Abdul Ahad from Pakistan, underwent a liver transplant in which Khalid received a part of his father’s liver and Ahad received 30 per cent of his mother’s liver.

According to doctors, an essential enzyme — GT — is absent in the liver at birth in ‘Crigler Najjar Syndrome.’

This deficiency results in the rise of bilirubin in blood to a very high level which accumulates in the brain and produces irreversible complications.

“It is a rare liver condition found one in 10 lakh children. To prevent brain damage and hearing loss from this rare condition, phototherapy (treatment by the use of special light) is needed for 14 to 16 hours a day,” said a doctor.

The condition of both the patients was serious and doctors at the hospital had found out that only liver transplant could cure them.

Senior paediatric gastroenterologist and hepatologist at the Indraprastha Apollo Hospitals, Dr Anupam Sibal, said: “Successful liver transplant with new liver. Both children have received the enzyme they were not born with and their eyes are pearly white. They have finally bid adieu to their constant companion — the phototherapy unit.”

Another one and a half-year-old patient, Ayanveer Singh from Kapurthala, who is suffering from Crigler Najjar Syndrome, underwent a liver transplant last year with his mother donating a third of her liver.

“After a liver transplant, there is no need for phototherapy as the new liver has the GT enzyme,” added Dr Sibal.